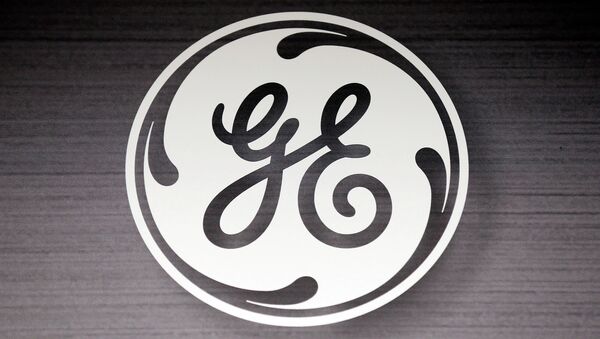 General Electric Tasked to Design Next-Gen Power System for US Drones
WASHINGTON (Sputnik) — On Tuesday, the US House of Representatives approved a bill on additional sanctions against Russia, Iran and North Korea. The bill is yet to pass the US Senate and be signed into law by President Donald Trump.

"We are still watching developments here," the representative stated when asked to comment on the bill on Wednesday.

General Electric, Exxon, BP, Boeing, Citigroup, MasterCard and Visa are among the companies lobbying against the anti-Russia sanctions, CNN reported last week. The companies have been pushing for changes to the bill in meetings with congressional staff over the past several days, the report said.

The new bill stipulates restrictions will affect Russia's defense, intelligence and other sectors as well as the Russia-EU Nord Stream 2 gas pipeline project.

Russia has stated that imposing sanctions is counterproductive and does not contribute to positive development of relations.

Germany and Austria criticized the possible new sanctions and characterized them as a threat to the energy security of the European Union.