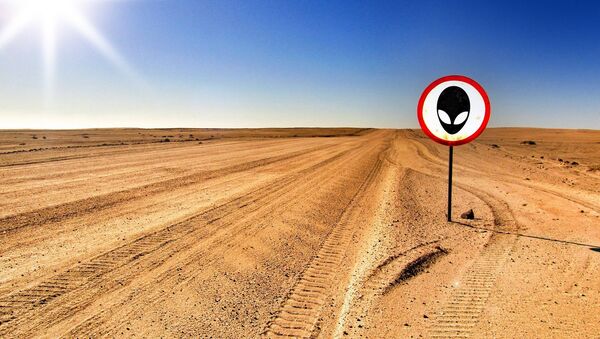 Basic probability essentially demands intelligent alien races must exist somewhere in the universe. After all, there are billions of stars in the galaxy similar to the Sun, and it's almost certain at least some will be orbited by Earth-like planets.

Moreover, given many of these planets will be billions of years older than Earth, at least some of these potential civilizations will have had the time to develop and perfect interstellar travel. Yet, despite centuries of speculation and decades of searching, mankind has not uncovered a single tangible scrap of evidence attesting to the existence of extraterrestrial intelligence — not evidence that scientists accept, anyway — much less been contacted by an alien race.

The obvious question then, is why they haven't been found — or made themselves known — yet.

This issue is known as "Fermi's Paradox" — Nobel Prize-winning physicist Enrico Fermi once asked that very question of colleagues one lunchtime, and his surname has been attached of the anomaly ever since 1950.

Many answers and theories have been proposed since its minting — humans could just be alone in the universe; some barrier or other prevents intelligent life from exploring the galaxy; aliens have attempted to contact humans but mankind is too primitive to understand it (or, them); Earth is actually a kind of cosmic zoo, observed but left alone to develop without external interference. The list goes on.

Now however, researchers from Oxford University's Future of Humanity Institute and the Astronomical Observatory of Belgrade think may have found a potential solution to Fermi's eternal quandary — aliens do exist, they're just all resting at the moment.

In a paper published in the Journal of the British Interplanetary Society, authors Anders Sandberg, Stuart Armstrong, and Milan Cirkovic argue the universe is currently too hot for advanced, digital civilizations to efficiently use their resources, so have opted to go into hibernation while the universe slowly cools down.

The aestivation hypothesis for resolving Fermi’s paradox https://t.co/LS0Tu1rvt2 via @FHIOxford

Their hypothesis is based on the notion sophisticated life may at some stage elect to ditch biology and instead live partially or wholly robotically and digitally. By uploading their minds onto powerful computers, civilizations could enhance their intellectual capacities — or inhabit harsh interstellar environments more easily.

That may sound like lunacy to some, but the fact is the idea humans might eventually transition to a post-biological form is gaining traction among academics — and there are already attempts to fuse man and machine, and human intelligence with artificial intelligence.

​If and when civilizations begin to live digitally, you're processing information optimally is vital — every computation has a cost attached to it, linked with temperature, which is why powerful computers come equipped with self-cooling systems. In colder climes, the cost is lower, meaning more can be done with the same amount of resources. Digital minds may simply find the universe's temperature too high, and have opted to sleep through the swelter until things cool down a tad.

​If aliens genuinely do lie dormant in the universe, their strategy is seemingly paying off — the universe is cooling down, and over the next trillions of years, as it continues to expand and formation of new stars slows, background radiation will reduce to almost zero.

Nevertheless, if aliens are sleeping that doesn't mean mankind can't find signs of them. Any advanced civilization will know it must preserve resources it intends to use in future while it collectively hibernates — and processes that threaten these resources (such as galaxies colliding, galactic winds venting matter, and stars converting into black holes) should be conspicuously absent as a result.

Ergo, one strategy could be to meddle with these possessions. Finding where they're kept may not be so difficult, either — they could be stored on another planet in Earth's solar system, or indeed the Earth itself.

One meddling method could be to dispatch self-replicating probes out into the big bad universe to steal the aliens' possessions — after all, surely, any halfway competent species would have measures in place to respond to such threats. While the authors acknowledge such a test would be exceptionally dangerous, they argue that if there are in fact highly advanced civilizations hiding out there, there is a potential for danger in anything humans do — whether mankind actively attempts to find them or not.

Ultimately though, it's important to note the trio have little faith in finding anything. Sandberg, writing on his blog, states that he does not believe the hypothesis to be a likely one: "I personally think the likeliest reason we are not seeing aliens is not that they are aestivating." He writes that he feels it's more likely that "they do not exist or are very far away."

Yet, the researchers believe their theory has its place, in that it offers a wide set of hypotheses which can be tested, falsified and jettisoned if and when demonstrated to be erroneous — after all, that's the aim of the scientific method at its most basic. Moreover, such scientific speculation could mean governments develop strategies to actively shape a more prosperous and secure future for the world, by understanding the likely fate of other intelligent species in the universe.