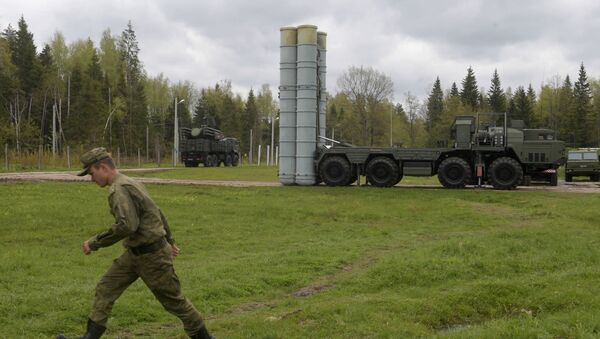 "Russia and we took necessary steps, signatures have been put, we hope to see S-400 in our country and will do joint production of them," Erdogan said speaking at a ruling party session.

How NATO Can Benefit From Russia-Turkey S-400 Deal and Why Ankara Needs It
On July 18, the head of Russia's Rostec state corporation Sergei Chemezov said technical issues of the contract for the supply of the S-400 systems to Turkey had been resolved, with only administrative ones remaining.

As of now, Russia has concluded a contract for the delivery of the S-400 systems with China alone. Negotiations are also being conducted with India.

Earlier, US Department of Defense spokesperson Capt. Jeff Davis said in a briefing that the United States wants NATO allies to have interoperable equipment, and Turkey would need to explain for itself the choice of the Russian S-400 air defense systems.

"Turkey is a NATO ally, and one of the cornerstone things that we like to have with any of our allies…is the ability to have equipment that interoperates," Davis told reporters. "The reports of the S-400, and Turkey's purchase of that, Turkey would need to explain that for itself."

Turkish President Recep Tayyip Erdogan in his turn said that he saw no reason for the United States' concerns from in connection with the Ankara-Moscow talks on the purchase of Russian S-400 air defense systems.

"Why should this be a concern? Each country should take certain measures to ensure its security. Which side can ensure these measures, there the steps are taken. How many times have we talked with America, but it did not work out, so like it or not, we began to make plans about the S-400. Our interested departments are negotiating, and this step will be taken," Erdogan said at a press conference in Ankara.