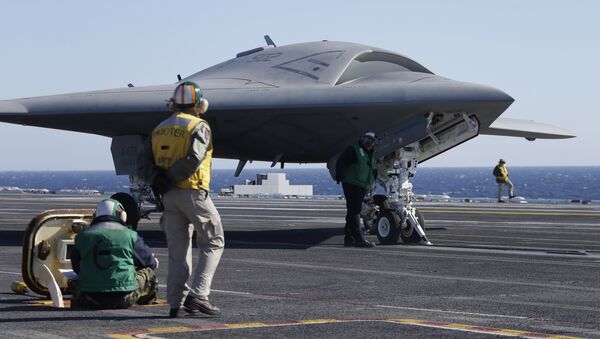 NASA’s Armstrong Flight Research Center, which has been conducting test flights on experimental aircraft since 1947, has celebrated its 70 year anniversary by publishing more than 200 videos of test flights by some of the weirdest and most fascinating aircraft ever produced on US government contract.

Twenty-eight videos have been uploaded to YouTube so far, with hundreds more expected in the coming days. "NASA has so much digital content that tends to be overlooked by the public, given the difficulty that exists in actually locating the content," Rebecca Richardson, an Armstrong spokeswoman, told Motherboard.

"Our hope is that by moving the content to more accessible platforms, NASA fans and media personnel will be able to access the content more regularly and become more fully immersed in what is happening at NASA."

The SR-71 has become an almost mythical plane for the countless speed records it set before being discontinued in 1999. When a missile was fired at a Blackbird, the pilot was trained to simply accelerate the aircraft and outrun the projectile. Twelve of the 32 built were lost, all to pilot error. The conceptual SR-72, which would have flown at Mach 6, was never constructed.

Footage from the X-planes, experimental aircraft meant to test new technologies, was also uploaded, including film of the X-43, an experimental unmanned hypersonic aircraft which was tested in the mid-2000s. The X-43 was an early test of scramjet technology, and it set speed records of its own when it traveled at 7,310 mph during a test. It couldn't fly on its own, so in the footage the X-43 is being dropped from a B-52 bomber.

An X-15 rocket aircraft, one of the first hypersonic aircraft, still holds the record for highest speed ever recorded by a manned, powered aircraft. It traveled at 4,520 mph during a test in October 1967 — a record that still holds today.

It wasn't only planes that were tested. An experimental Mars rover was tested on the ground in 2003, and a Lunar Landing Research Vehicle was tested in the lead-up to the 1969 Apollo landing on the Moon. The list goes on.

In 1947, the Dryden Flight Research Center was created to host experimental projects of the National Advisory Committee for Aeronautics (NACA) to test the Bell X-1, the first manned supersonic aircraft in human history. Since then, they have been on the forefront of aerospace testing. Dryden was renamed three times, with the Armstrong name (after astronaut and moonwalker Neil Armstrong) coming in 2014.