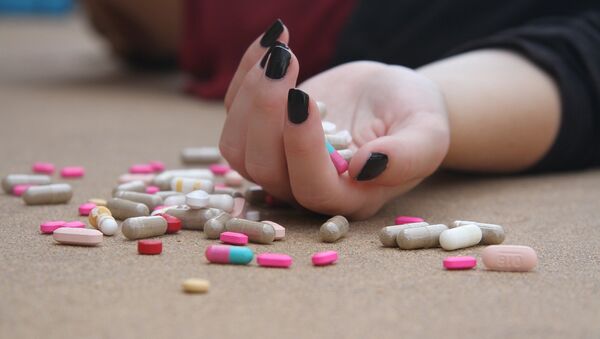 In July 2016 the Charity Commissioners began investigating a charity, Console, which was set up in Britain as an offshoot of an Irish charity, offering help for people with severe depression. But a year on the inquiry is still ongoing and the charity's bank accounts remain frozen.

Console's CEO, Paul Kelly, had garnered the support of the family of Welsh footballer and football manager Gary Speed, who committed suicide in 2011, and had already agreed to name a suite of counseling rooms at its London headquarters after him.

On this day in 1990 Gary Speed made his Wales debut v Costa Rica. What a player and manager he went on to be. #wales #speedo #baller. pic.twitter.com/WNpYit28Ic

"Following keynote speeches at Suicide Prevention and Bereavement seminars in the UK, Console was approached by individual representatives from the health services, the Metropolitan Police, church groups and voluntary agencies and asked to consider extending what was a unique service from Ireland to the UK," Mr. Kelly said at the time.

In 2013, the Irish government gave the charity 59,200 euros (US$69,000) to "support the establishment of the organization's suicide prevention and bereavement counseling service in London for the benefit of vulnerable members of the Irish community."

The following year the money was transferred to enable the charity to begin offering a free counseling service in London for people who were feeling suicidal.

Speed, 42, who had played for Everton, Newcastle and Leeds in the Premier League, was found hanged at his home in Cheshire in November 2011.

"If the Gary Speed Rooms help one person in mental health crisis, then that will be a success," said his mother, Carol, when Console's London headquarters opened.

"It is a terrible thing to feel in trouble, and people need to know that they have somewhere to turn to. We haven't got any answers about Gary's death, and we probably never will, but as a family we know that Console are always there and only a phone call away," she added.

But Console was shut down in the Republic of Ireland after concerns were raised by a Health Service Executive audit.

The Charity Commission, which regulates charities in England and Wales, opened an inquiry into Console Suicide Prevention Limited in July 2016.

"The regulator is investigating the charity after it was made aware of media coverage about a separate charity Console Suicide Bereavement Counselling Limited, which is registered in the Republic of Ireland," the Charity Commission said in a statement on their website.

"The nature of the concerns reported include (but is not limited to) allegations of falsifying of accounts to obtain funding, significant private benefit, conflicts of interest, and financial mismanagement," they added.

Use our website to answer your query. Check out what most people wanted to know in June: https://t.co/sTr0LXuANy pic.twitter.com/lAz9IklwyA

The commission froze the charity's bank accounts, forcing them to close their London office, including the Gary Speed Rooms.

"The commission stresses that opening an inquiry is not in itself a finding of wrongdoing," said the Charity Commission.

Mr. Kelly has denied any wrongdoing, and has not been charged with any offense.

A Charity Commission spokeswoman said there was no news on the state of the inquiry into Console.

"But we encourage people to report any concerns they have about any charities to us," she told Sputnik.