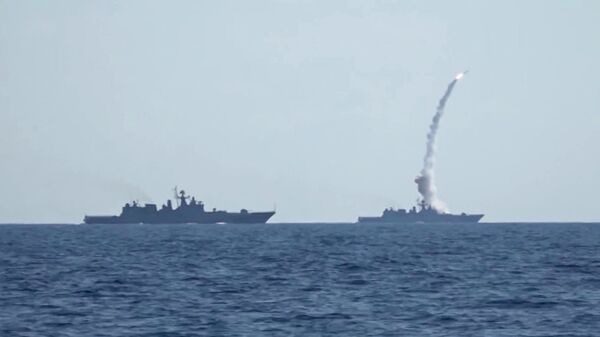 Over the past two months the Russian Aerospace Forces carried out at least 2,000 sorties and 5,850 airstrikes on terrorists in Syria, the chief of the Russian General Staff said Monday.

What Makes Russia's Advanced Kh-101 Cruise Missiles Such a Powerful Force
Rudskoy added that over the past two months some 20,000 square meters of Syrian territory have been freed from terrorists, which is 40 percent of the whole liberated territory.

Prior to the recent attack, the Admiral Essen and Krasnodar launched four Kalibr missiles from the eastern Mediterranean at Daesh fighters in the area of Palmyra on May 31.

Kalibr cruise missiles have been used by the Russian military to fight Daesh insurgency in Syria since 2015.

The Russian Navy used such missiles for the first time on October 7, 2015 as its warships joined the country’s operation in Syria. The warships Dagestan, Grad Sviyazhsk, Veliky Ustyug and Uglich launched 26 missiles from the Caspian Sea and destroyed 11 Daesh targets.