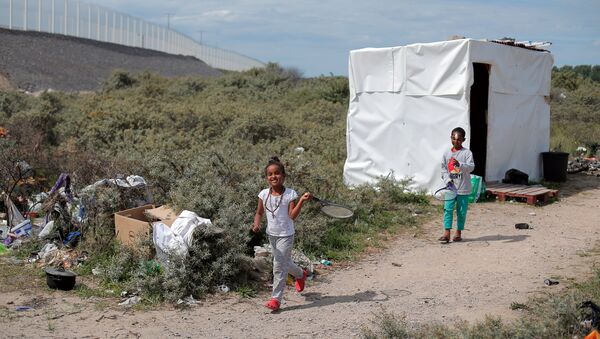 © AFP 2021 / Thibault Camus
Subscribe
167 minors as young as 13 arrived in the United Kingdom from the refugee camp in the French city of Calais since August 2016 and 104 of them went missing, with UK authorities having no information about their location, according to media reports.

UK to Take in About 300 Children From Calais Migrant 'Jungle'
MOSCOW (Sputnik) — UK authorities have no information about the fate of 104 child refugees, who have been smuggled into the country from the refugee camp in the French city of Calais since August 2016, local media reported.

The Independent newspaper has learned from French-based Refugee Youth Service (RYS) that 167 minors as young as 13 arrived in the United Kingdom and 104 of them went missing, with UK authorities having no information about their location.

"There are children here who are trying not to be seen, manipulated by people who don’t want them to be seen by us, worried about the state interfering. The true numbers will be far higher," Michael McHugh, the RYS coordination and child protection officer, was quoted as saying by the newspaper on Saturday.

Disappearing Calais Refugee Children Absent From French, UK Missing Lists
The organization warns that children may face violence and could be forced to work.

On October 24, French authorities started to dismantle the Calais camp, beginning with the relocation of migrants to other facilities across the country with some minors due to be sent to the United Kingdom.

Despite the measures aimed at preventing illegal migration to the United Kingdom, the refugees have been arriving in the country mainly on trucks.