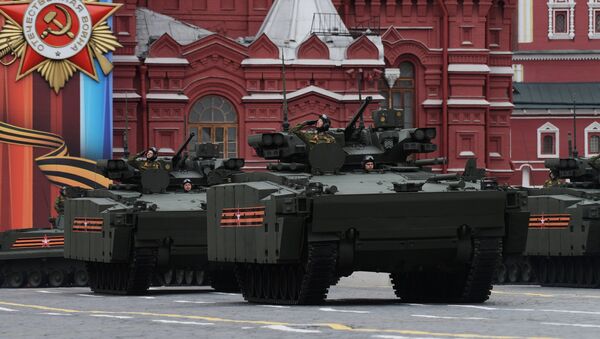 © Sputnik / Grigory Sisoev
/
Go to the photo bank
Subscribe
India's Financial Express newspaper has reported that a decision on the country's long-delayed Futuristic Infantry Combat Vehicle (FICV) project could be reached by the end of the month. Russian observers say Moscow has a good chance of winning the contract, but doing so will require sharing the defense industry's latest armored vehicle technology.

A source told Financial Express last week that the Defense Acquisition Council, India's main arms purchase decision-making body, would make a decision on whether or not to reissue their statement of interest in the FICV program before the end of July.

India Partners With Israel to Develop Missile Defense System
The Indian FICV project envisions the local design and production of air-transportable infantry fighting vehicles, most of them in tracked variant, although some are expected to be produced in a wheeled version as well.

The new vehicles are meant to replace the 1,400 Soviet-designed BMP-1 and BMP-2 IFVs currently in service with the Indian ground forces. The FICV project calls for a crew of three, and the ability to carry up to eight infantrymen. The design is also expected to minimize losses from mine and IED explosions.

In addition to Russian, US and German companies, Delhi has already engaged in negotiations with French, Israeli, South Korean and British companies on the FICV. When it was originally unveiled in 2009, the FICV project was meant to be entirely homegrown. However, Indian companies showing interest in the contract quickly started talk of partnerships with foreign companies. Mahindra Defense Systems partnered with the UK's BAE Systems, while Tata Motors partnered with Lockheed Martin and General Dynamics.

In 2012, media reported that Russia had proposed selling India localization rights to the BMP-3. In late 2013, it was reported that Delhi would not abandon the FICV project in favor of a licensing agreement with Moscow. However, since then the project has been repeatedly frozen and restarted, with the Indian Defense Ministry seemingly unable to find a suitable design for its new IFV. 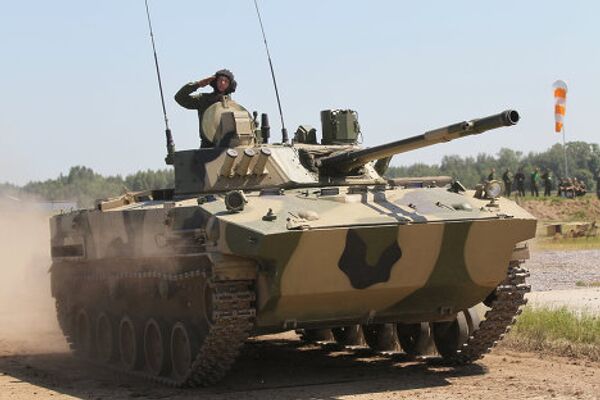 Russian defense experts believe Moscow has a good shot of participating in the FICV project, since Russian armored vehicle builders have considerable experience with both tracked and wheeled armored vehicle designs.

Weapons export specialist Andrei Frolov told Russia's Svobodnaya Pressa newspaper that based on his conversations with Russian armored vehicle builders in contact with Indian officials, "it can be concluded that Delhi is not interested in the purchase of armored cars, including the BMP-3, but plans to establish production on its own territory."

US Concerned Over India-China Standoff
"Furthermore," he noted, "the armored fighting vehicle must be created in a design bureau in India, and because local designers don't have the necessary resources, their industrial groups turn to cooperation with foreign firms which have the relevant experience."

Delhi, according to Frolov, considers the BMP-3 to be a worn-in design that's unsuitable for the technology boost intended to be provided by the FICV project. They must be made to realize, however, that "the creation of a modern infantry fighting vehicle is a complicated business. For example, in Russia, the implementation of the new Kurganets-25 project…involved dozens of enterprises. In India, for this to be accomplished, new factories will have to be created." 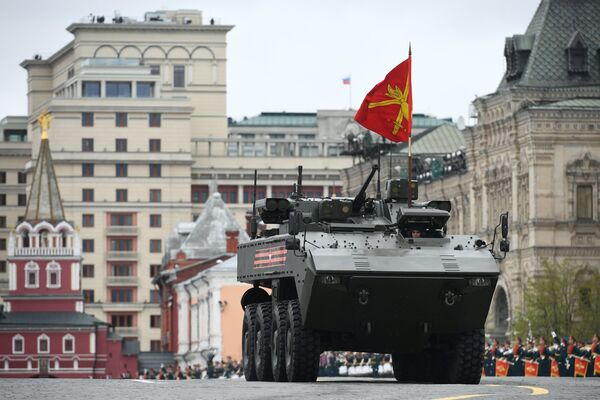 As far as the competition goes, Frolov suggested that the German option is probably too expensive, with Rheinmetall Group's Puma IFV coming in at a cost of about $7 million euros apiece in its German iteration. As for the Russian option, the main weak point of the Kurganets-25 (tracked) and Bumerang (wheeled) IFVs is that they have not yet been broadly adopted into the Russian armed forces, according to the analyst.

Contract on Russian-Indian Joint 5th Gen Fighter Jet to Be Signed Shortly
The US too has a decent shot at the contract, Frolov said, even if they may end up getting chosen based on political considerations. US defense firms have the added benefit of the fact that Indian companies are already cooperating with them on defining their new IFV concept.

Asked why the FICV project has been suspended and resumed so many times, Frolov explained that the problem lies in the fact that new IFVs seem to be a low priority for Delhi, compared to other weapons systems at least. "They would like new planes and submarines [too], but don't have enough money for everything. Notwithstanding the fact that their park of IFVs is outdated, this issue is still not a priority for them. It's obvious that before they create the production base for armored vehicles, several more years will pass; the whole park cannot be renewed overnight." 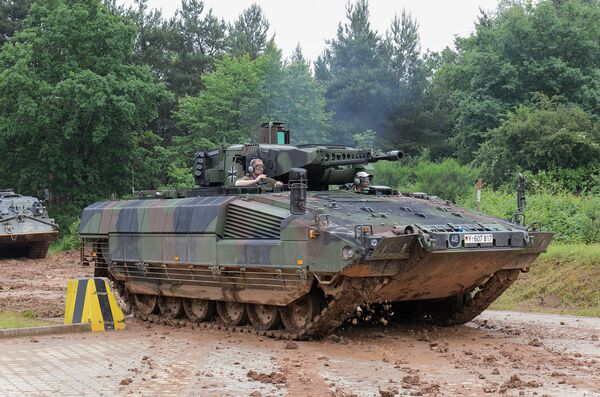 Vladimir Shvarev, deputy director of the Moscow-based Center for the Analysis of World Arms Trade, also believes that Russia has a good chance of participating in the FICV project, if it is ever finalized.

"The program has been stalled for quite some time now," the expert stressed. "The main reason is that the Indian Defense Ministry cannot formulate the finalized requirements for their armored vehicle."

Practice Makes Perfect: Indian Officers Visit Russian Military Training Range
"Furthermore," Shvarev recalled that earlier this month, "media reported that the Ministry of Defense, bypassing tender procedures, voiced its intention to give two state enterprises – the Ordnance Factory Board and Bharat Electronics a project for the modernization of 693 Sarath IFVs –the localized version of the Soviet BMP-2. Some of those vehicles were delivered from the USSR, while about 1,250 have been assembled in India. The value of the modernization contract is estimated at $371 million."

Ultimately, Shvarev suggested that on the one hand, the modernization project is a logical decision, given the outdated condition of the country's park of IFVs. "On the other hand, modernization is likely to again push the design of the prospective vehicle off another several years," he said.