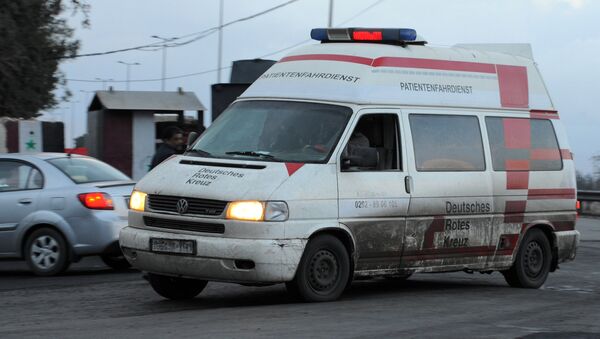 © AFP 2021 / STR
Subscribe
Around 50 people, including militants, were killed as a vehicle with ammunition exploded late on Sunday in the city of Idlib in northwestern Syria, local media reported.

Why US Could Be in Hot Water After CIA Remarks on Idlib Chemical Incident
MOSCOW (Sputnik) — According to the Lebanese Al Mayadeen broadcaster, the car belonged to the Nusra Front, a terrorist organization outlawed in Russia.

Earlier in the day, local media reported that the Nusra Front has gained complete control over the city as Ahrar al-Sham, listed as terrorist group and banned in Russia, withdrew from Idlib.

The Idlib province is among the four safe zones that also include parts of the neighboring Latakia, Hama and Aleppo, the north of the central Homs province, Eastern Ghouta near Damascus, as well as southern Daraa and Quneitra regions. The memorandum on establishment of the safe zones came in force on May 6. The ceasefire does not include terrorist groups operating in the region.