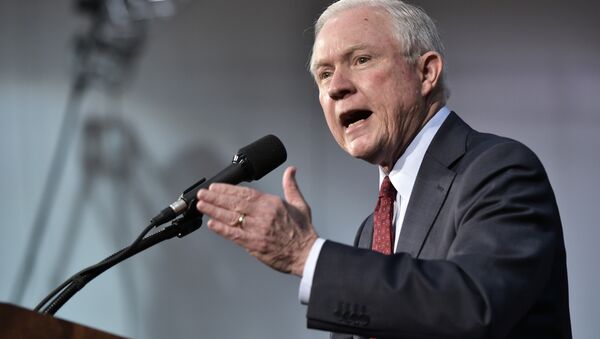 US media claimed in a report that Attorney General Jeff Sessions and Russian Ambassador Sergey Kislyak discussed issues related to President Donald Trump's campaign in two meetings during the 2016 election.

Outgoing Russian Ambassador to US Kislyak Hosts Farewell Party in Washington
WASHINGTON (Sputnik) — The Washington Post claimed on Friday citing two US officials that Sessions and Kislyak allegedly raised several Trump-related matters, including then-Republican candidate's stance on Russia and expectations for the US-Russia relationship after the election.

The talks were intercepted by US spy agencies responsible for tracking the communications of top Russian officials when they are in the United States or in Russia, the media report alleged.

In March, Sessions recused himself from the Russia investigation after the Washington Post reported that he held two meetings with the Russian ambassador, despite denying contacts with Russian officials at his confirmation hearing.