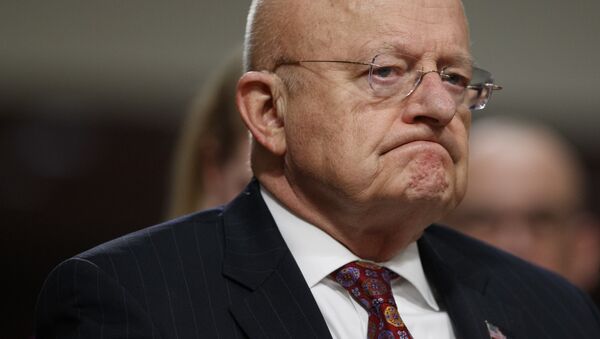 MOSCOW (Sputnik) — On Friday, Central Intelligence Agency Director Mike Pompeo said Russia managed to increase effectiveness of its external influence due to its soft power instruments, including actions in cyberspace and news outlets like RT and Sputnik.

"I sometimes wonder if what he (Trump) is about is making Russia great again. I really wonder about that sometimes. That's a real concern. Russia is an existential threat to this country," Clapper told the Aspen Security Forum, referring to Trump's election campaign slogan Make America Great Again.

Also in January, CNN and BuzzFeed media outlets reported on the dossier on US President, which alleges that Trump was groomed and supported by Russian intelligence for several years. Kremlin spokesman Dmitry Peskov called the dossier a forgery. The US president also called the collection of documents fake and said it was put together by his opponents.