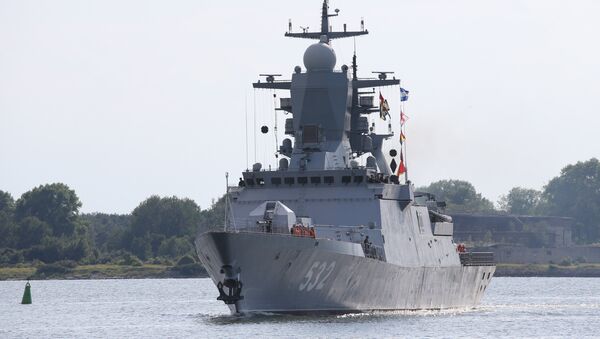 A welcoming ceremony for the Chinese Navy ships that will participate in Russian-Chinese drills, dubbed Naval Interaction-2017, was held on Friday in Russia's major Baltic Fleet base in the western seaport town of Baltiysk.

"After the solemn welcoming ceremony for the ships, the leaders of the drills addressed those present, after which a little tour of the ships was conducted. The official opening of the international Russian-Chinese exercise Naval Interaction-2017 will be held on Saturday in Baltiysk," Fleet spokesman Capt. 1st Rank Roman Martov told Sputnik.

Martov noted that the Chinese navy is represented by the naval guided-missile destroyer Hefei, Yuncheng frigate and the supply vessel Lomahu, while Steregushchiy and Boikiy corvettes, rescue tug and aviation will be used by the Russian side.