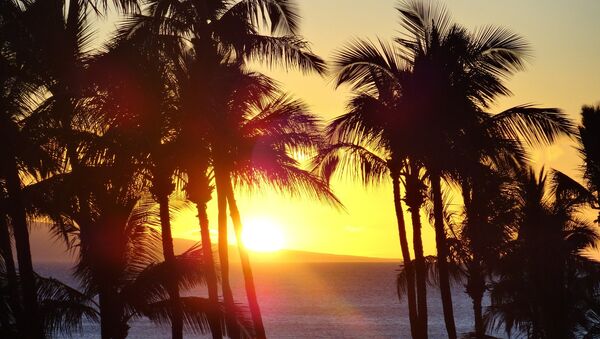 © Photo : Pixabay
Subscribe
Taking no chances against the Hermit Kingdom, Hawaii, the popular island known for its sunny weather and sandy beaches, is getting ready to release its plans for a possible attack by Pyongyang.

Hawaii Preparing for Second Legal Battle Against Trump Travel Ban
Launched by The Aloha State’s Emergency Management Agency, the protocols won’t be about heading to the bunkers or hiding underneath school desks. They’ll focus more on evacuation drills for school students that mirror responses to active shooter scenarios.

"We do not want to cause any undue stress for the public," Vern T. Miyagi, Hawaii’s Emergency Management Agency administrator, said in a statement. "[But] we cannot wait to begin our public information campaign to ensure that Hawaii residents will know what to do if such an event occurs."

The plans will also include the testing of a new emergency siren on the first of every work day of every month, according to Hawaii News Now. Announcements such as “get inside, stay inside, and stay tuned,” will also be heard.

Since North Korea’s intercontinental ballistic missile could reach the island nation in about 20 minutes, the campaign is meant to emphasize steps that should be taken on short notice, according to the Hawaii Star Advertiser.

Not everyone is thrilled about the initiative, starting with the state’s lucrative tourism industry.

Tinder Sends Couple On First Date To Hawaii After Their 3-Year Chat Goes Viral
"Everyone’s safety in Hawaii is always our top priority," Charlene Chan, a spokeswoman for the state’s Tourism Authority, noted in a press release. "However, we also know from speaking to our tourism industry partners that if reports are misinterpreted about the state’s need to prepare for an attack, this could lead to travelers and groups staying away from Hawaii."

"The effect of such a downturn would ultimately be felt by residents who rely on tourism’s success for their livelihood," Chan added.

Typically concerned with preparedness for hurricanes and tsunamis, this is the first time since the strike on Pearl Harbor that the island chain state is concentrating on attacks from foreign powers.

Experts say North Korea has missiles that could reach Alaska and maybe even Hawaii, where officials believe a worst-case scenario would involve a 15-kiloton nuclear bomb being detonated about 1,000 feet above Honolulu, the New York Post reported.

The plan will be fully unveiled Friday.