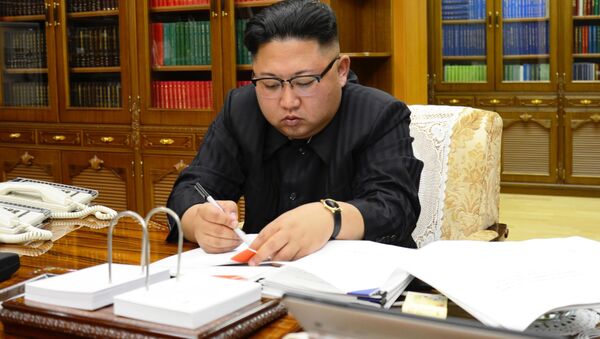 © REUTERS / KCNA
Subscribe
Russia does not believe in regime changes anywhere in the world, only irresponsible politicians could consider such turnout of events regarding North Korea, Russian Foreign Minister Sergei Larvov said.

"I cannot say that we are not considering a threat what is going on with the Korean peninsula because of what North Korea is doing in gross violation of the Security Council resolutions," Lavrov told the NBC network.

"We do not believe in regime change anywhere. I hear very enthusiastic voices in the United States, including in some parts of this administration, that the patience has been over and they must do something because the threat is growing and growing, intercontinental ballistic missile was launched … And those who keep those scenarios in their minds, I believe they are not responsible as politicians."