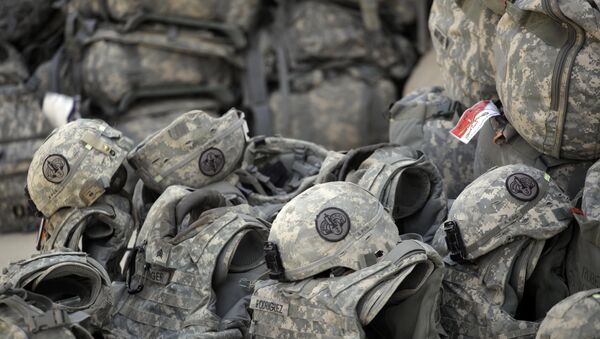 Iraq is against foreign military bases on the country's territory, including those of the US.

BAGHDAD (Sputnik) — The Iraqi people are against foreign military bases in the country, including those of the United States, Iraqi Vice President Nouri Maliki told Sputnik.

"We do not want a military bases in al-Waleed, the Iraqi society is against foreign bases on the country’s territory … I told the US side it was not in its interests to return to Iraq to establish military bases again," Maliki said.

Iraq does not have a clear picture of the strategy of US President Donald Trump’s administration in the Middle East, Washington says it is not fully ready, Iraqi Vice President Nouri Maliki said.

Mosul's 40,000 Victims: 'US Military Doesn't Take Losses Into Account'
"I still do not have a clear picture regarding the strategy of the Trump administration in the Middle East … They said it was not fully ready," Maliki said.

However, the administration of US President Donald Trump is more serious about fighting terrorism than that of his predecessor Barack Obama, the official said.

"The Trump administration is more serious about pursuing terrorists and groups. In this aspect, the new administration differs from the previous one, it has a hardline attitude against terrorism," Maliki said