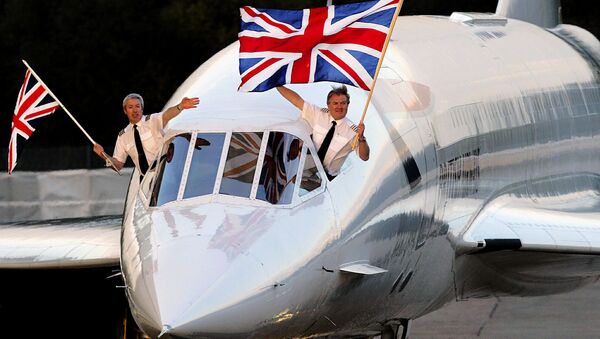 © AFP 2022 / NICOLAS ASFOURI
Subscribe
Declassified papers released under the Official Secrets Act have revealed in September 1964, then-CIA director John McCone warned the UK government against building Concorde, on the basis it would be too difficult and dangerous.

The decision to go ahead with Concorde was taken in 1962, and a mere seven years later the cutting edge craft took to the skies. However, the papers reveal that had then-Prime Minister Alec Douglas-Home heeded the advice of the US' then-top intelligence chief, it would never have gotten off the ground at all. 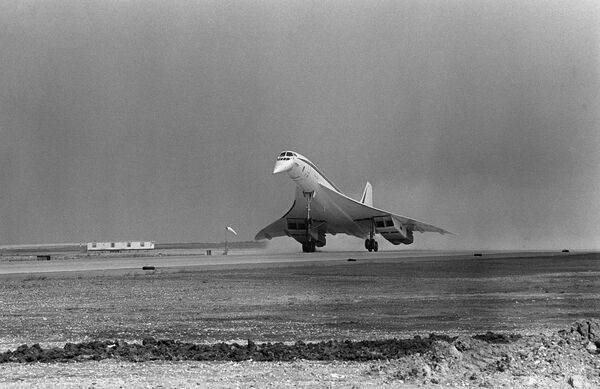 The French-British supersonic jet Concorde 002 lands at Dallas Fort Worth airport on September 20, 1973 after its first flight to the USA, during the opening ceremony of the new airport.
© AFP 2022

​A note written by the Prime Minister's Private Secretary Burke Trend noted McClone had informed the UK government it had "bitten off more than [it] could chew" in pursuing the project — the CIA chief said the UK was up against the "most formidable technical obstacles" and accepting undue risks.

As a result, the UK would be "well-advised" to dump the project before it was too late.

For its part, Douglas-Home's administration was mystified at the intervention. Both Douglas-Home and Defense Secretary Peter Thorneycroft thought the motive behind McCone's caution was "not wholly unambiguous" — the US didn't want Britain and France to achieve their aim. This view was shared by then-French President Charles de Gaulle, who believed the guidance to be but a covert attempt to prevent the Anglo-French alliance from challenging US dominance of skies.

Still, the UK government called McCone in for a face-to-face meeting to determine the root of his anxieties, and set his apparent nerves at ease — although they worried revealing technical details of the project to the US would upset their French partners.

At the meeting, McCone revealed the US was having problems with its own supersonic aircraft — the Boeing 2707.

In particular, they found it difficult to keep the engines' temperature from rising too high, and had concluded extensive input from the military was necessary before it was "wise or safe" to produce such a plane for civilian and commercial use.

Unfazed, the UK and France carried on unbridled. By 1966, McCone was no longer at the CIA, and had become a member of the Presidential Board on Supersonic Aircraft. That year he again approached Number 10, with fresh concerns, but the UK pushed on with the project, confident in the capabilities of the Bristol Aeroplane Company's engineers.

In the end, the world's first and only supersonic passenger plane was indeed created, and undertook its maiden voyage in April 1969, a month after France's version.

The US canceled its Boeing 2707 project in 1971, then became a committed opponent of supersonic planes on the basis of noise pollution, leading an international alliance against the widespread introduction of the craft alongside India and Malaysia. As a result, Concorde was banned from flying over several countries.

Some observers have suggested this was self-interested protectionism on the part of the US, as it lacked a competitor to Concorde.

In April 2003, Air France and British Airways simultaneously announced they would retire Concorde that year, due to the slump in air travel following the September 11 attacks, and rising maintenance costs.

Although Concorde was technologically advanced when first introduced, by 2003 its analogue controls were outdated — and there'd been little commercial pressure to upgrade the planes due to a lack of competitors.

At the time of its retirement, it was the last aircraft in the British Airways fleet to retain an in-flight engineer — all other aircraft had eliminated the need for the role.

Still, in September 2015 Club Concorde announced it had secured over US$200 million to return the plane to service.

Club Concorde president Paul James said an investor had been found for the project, which will see the Concorde on display at Le Bourget airport purchased and restored. A tentative flight date of 2019 has been suggested, marking the plane's 50th anniversary.

However, due to regulatory and technical hurdles, some of the aviation community remain highly skeptical of the plan's feasibility. Among them is former Concorde Captain William Lowe, who slammed Club Concorde's plan.

"Let's assume you could rip the whole thing apart and ultrasound the fuselage. There are thousands, many thousands of hydraulic seals on the airplane — every one of them would have to be remanufactured and replaced. The manufacturing facilities are just not there. What sort testing regimen would be there? It took seven years of flight testing to get it into service in the first place," he lamented.