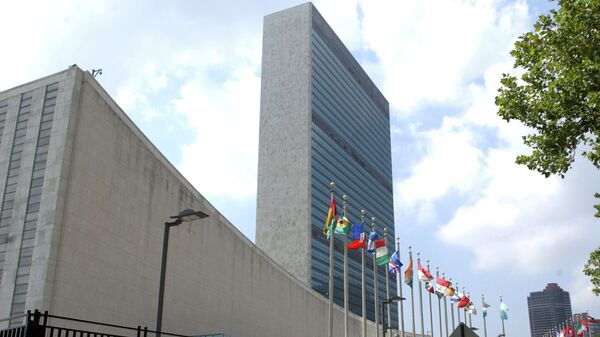 The Venezuelan permanent representative to the UN on Thursday distanced himself from a dissident fellow diplomat, Isaias Medina, who had to quit over his criticism of the nation’s president.

Protests Leave 1 Dead, 3 Hurt in Venezuela Amid General Strike – Ministry
MEXICO CITY (Sputnik) — "I condemn the conduct of Isaias Medina. We immediately relieved him of his duties. He does not represent us and has acted dishonestly," Rafael Ramirez, Venezuela’s top diplomat at the UN, tweeted.

In a July 14 letter published earlier in the day, Medina accused President Nicolas Maduro's administration of a brutal crackdown on anti-government protesters, which has claimed almost a hundred lives since April.

Medina also complained about not having been paid for three months and said he hoped the Venezuelan government would buy him a ticket back from New York. Oil-rich Venezuela has been hit by a political and economic crisis, exacerbated by falling oil prices.