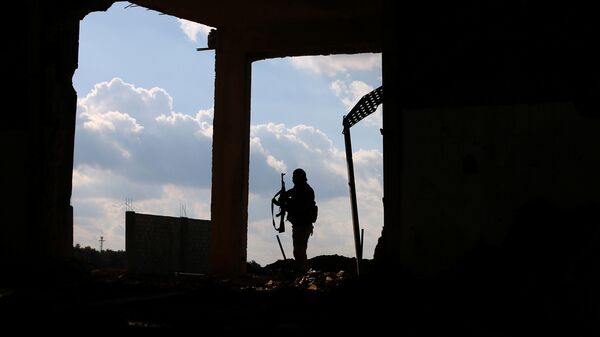 US President Trump’s reported decision to end the CIA training program for the moderate Syrian opposition may be a concession to Russia, but also the result of US-Turkey tensions in Syria, an expert told Sputnik.

According to the newspaper, the decision was made a month ago after Trump’s talks with CIA Director Mike Pompeo and national security adviser Herbert Raymond McMaster.

End of CIA Program for Syrian Rebels Means 'Assad-Must-Go' No Longer US Priority
"The decision reflects the Trump administration’s stance that the removal of Assad is not a US priority," the report read.

White House spokesperson Sarah Huckabee Sanders told reporters at a press briefing on Wednesday that she cannot confirm the information "at this time."

A CIA spokesperson told Sputnik that the agency declined to comment on the report.

Yezid Sayigh, a senior fellow at the Carnegie Middle East Center in Beirut, suggested that the decision may be a concession to Russia.

"This [decision] may be a concession to Russia. But it’s unclear whether this decision relates to such groups as Jaish Maghawir al-Thawra [also known as the Army of Revolutionaries, or the Revolutionary Commando Army] in southern Syria that receives US support from Jordan. But this move is unlikely to affect the support for the SDF [Syrian Democratic Forces] in northern Syria," Sayigh said in an interview with Sputnik.

US Decision to Stop Arming Syrian Opposition May Spark Russia Dialogue
The expert also suggested that probably the CIA training program includes support for militants in northwest Syria, in Idlib and the western part of Aleppo.

"In this region, the program was de facto ended in February. Apparently, the US was concerned over the fact that those opposition fighters had ties to more radical Islamist groups," Sayigh said.

The expert pointed out that Turkey’s interests are presented in this region and the change in the US policy may reflect differences between the US and Turkey.

"The fact that Washington has changed its policy towards Syrian opposition groups may reflect its tensions with Ankara. The US and Turkey also have differences on some other issues," Sayigh concluded.

Free Syrian Army Sees No Changes So Far After Reported End of US Support
Russia welcomes any step that would contribute to de-escalation in the Middle East, the Russian Foreign Ministry’s deputy director of the Information and Press Department, Artyom Kozhin, said Thursday, commenting on the report.

"I would basically like to say that we welcome any steps aimed at defusing the situation and the strengthening of security in the Middle Eastern region," Kozhin told a briefing.

The CIA reportedly maintained its program to provide training and weapons to Syrian opposition fighters since 2012.

In 2014, the US authorized $500 million to train and equip 5,400 moderate Syrian fighters by the end of 2015. The first round of training yielded fewer than 60 fighters, of which only four or five were engaged on the battlefield, according to the Pentagon.