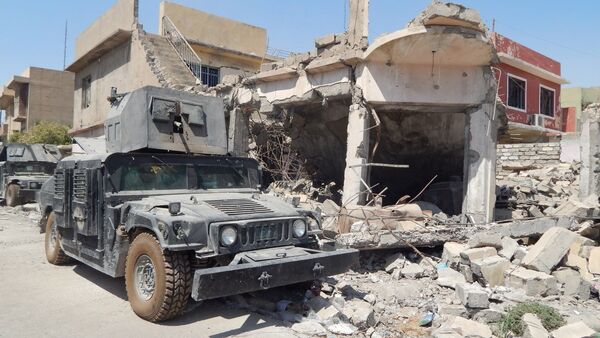 Russian companies are welcome in the Iraq and can participate in the restoration of Iraqi destroyed infrastructure.

Must-Go No More? What's Behind France Softening Stance on Syrian President Assad
MOSCOW (Sputnik) — Russian companies are most welcome in the Iraq and can participate in the restoration of Iraqi destroyed infrastructure, Deputy Head of International Relations Committee in Iraqi Parliament Abbas al Bayati told Sputnik on Thursday.

"Iraq particularly invites Russian companies to participate in restoring the damaged infrastructure. The Iraqi market is open for their goods. The Iraqis trust the quality of Russian products. Of course, we hope that Russian oil and arms companies will occupy a special place in our market," the official said.

Earlier in July, Iraqi Prime Minister Haider Abadi announced that Daesh was fully defeated in Mosul, which used to be the Daesh stronghold in the country, and added that Iraqis now had to come together to rebuild peaceful life just like they came together to fight terrorists.

According to the latest reports, mine clearing of roads and buildings, as well as fighting, still continue in the city.