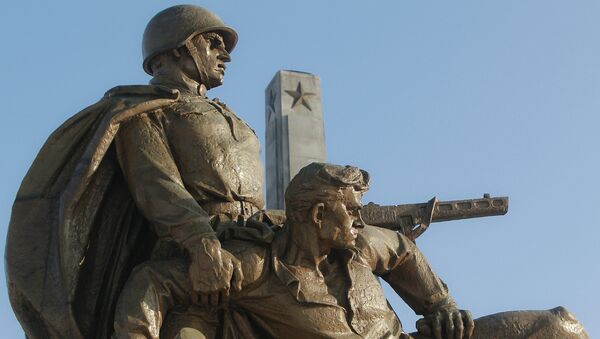 Russia's lower house of parliament adopted on Wednesday an appeal to European lawmakers in connection with Poland's decision to demolish Soviet-era monuments in the country.

Israel Parliament Adopts Decree on Polish Decision to Demolish Soviet Monuments
MOSCOW (Sputnik) — According to the document, the Russian lawmakers urge their European counterparts to unite efforts to counter any attempts to revive fascism in any of its manifestations, and also rigorously resist the destruction or desecration of monuments and memorials to the soldiers who liberated Europe from Nazism.

In addition, the Russian parliamentarians called for "including in the educational programs of educational institutions of European countries truthful materials reflecting the decisive role of the Red Army in the victory over Nazism, the lessons of the Holocaust, the perniciousness of collaborationism and any forms of assisting the Nazi invaders and their modern followers."

Poland’s Soviet Monument Removal Law Violates Treaty With Russia
The Israeli parliament showed solidarity with Russian on the issue and adopted a decree on the issue.

President of Poland Andrzej Duda signed Monday a law that will now regulate the demolition of monuments and renaming of objects associated with the Communist legacy, or any other "totalitarian regime." Some monuments are exempt from removal, as the law only targets only those monuments that are intended for public viewing. For example, monuments located in cemeteries will remain untouched.