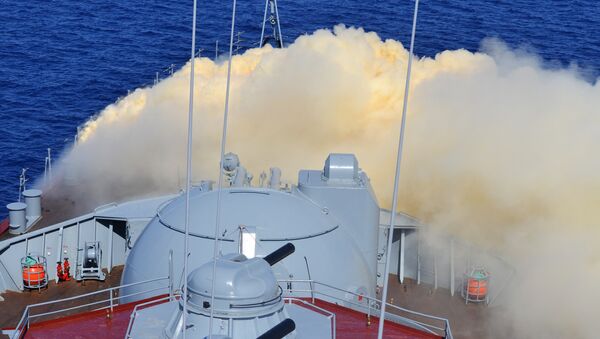 KALININGRAD (Sputnik) — The July 21 opening ceremony will be followed by the active phase of the joint military exercises in the Baltic Sea on July 24-27, during which the naval forces will practice anti-submarine warfare, as well as air and anti-ship defense.

"Three ships of the Chinese Navy will arrive at Baltiysk for the Russian-Chinese naval drills Naval Interaction-2017. It should be mentioned that it will be the first visit of Chinese People's Liberation Army ships to Baltiysk in the history of Russian-Chinese relations," Martov told reporters.

Why Russia-China Drills in Baltic Sea a 'Political Signal to the West'
The drills will involve nearly ten ships of different classes, over ten aircraft and helicopters of both the Russian and Chinese naval forces.

The Russian-Chinese joint naval drills were first held in 2012. The exercises are not directed against other states and constitute a Russian-Chinese contribution to security in the world's oceans and seas.