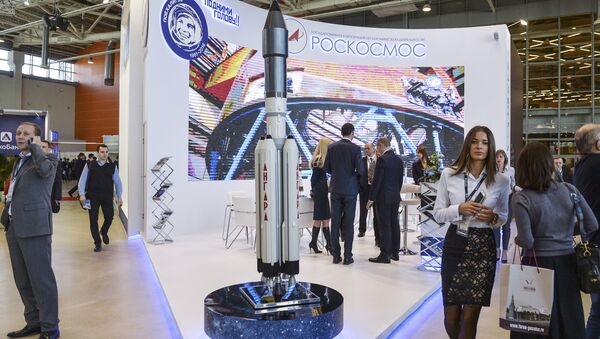 "Angara can be used for manned programs if such a task is set and the funding is allocated," Komarov said on the sidelines of the MAKS-2017 air show.

According to Komarov, Roscosmos has blueprints on creating a universal rocket out of Angara.

"We have understanding about dual purpose use of Angara at the Vostochny [spaceport]," Komarov added.

Russia
Roscosmos Plans to Fix Angara Carrier Rocket Documentation Issues by 2018
In October 2016, Komarov said the first launch of Angara from Vostochny Cosmodrome is scheduled for 2021. It was planned that Angara will be launched with the new Federation spacecraft without a crew. The first manned launch was expected to take place in 2023.

However, later, it was decided the new Soyuz-5 launch vehicle will deliver the Federation craft to orbit, with the first Soyuz-5 launch expected in 2022.