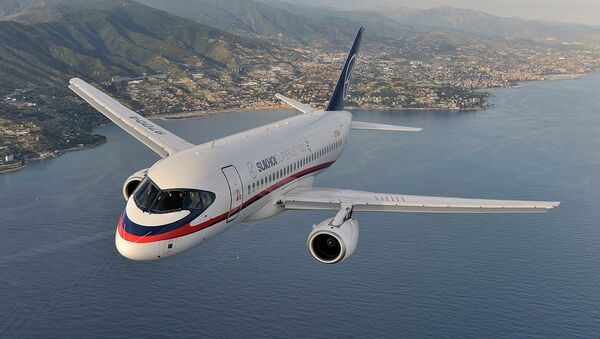 Russia, African Countries Negotiating Sukhoi Superjet Deliveries
ZHUKOVSKY (Sputnik) — Interjet is the second largest operator of the SSJ100 after Russia's Aeroflot. Its fleet of 22 SSJ100 planes has been performing flights since 2013.

"We held negotiations with Interjet today, and they confirmed their readiness to conclude a contract for 10 SSJ, it is a new contract," Slyusar told reporters on the sidelines of the MAKS-2017 air show.

The SSJ100 is a twin-engine plane made by Russia's Sukhoi Civil Aircraft Company. It can transport up to 98 passengers and fly distances of up to 2,700 miles. The jet made its maiden flight in May 2008.