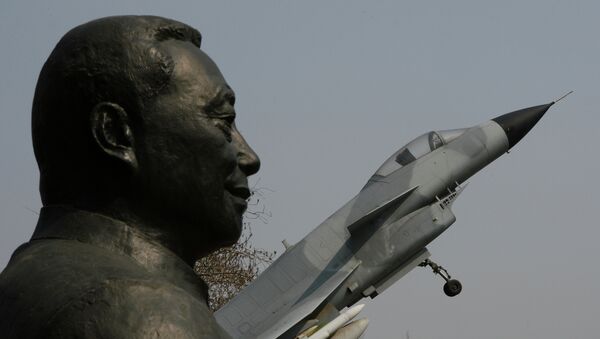 The missile will likely be referred to unofficially as the PL-15 and first appeared in the weapons bay of the Chinese aircraft alongside short-range PL-10 missiles, IHS Jane’s reported Wednesday.

A PL-12 medium-range BVR missile has until now only been used in testing, not on active-duty People’s Liberation Army Air Force (PLAAF) aircraft, according to GlobalSecurity.org. The P-12 program was thought to be closely related to the acquisition and potential license to produce Russian R-77 medium-range radar-guided air-to-air missiles, the defense intelligence site noted.

The missile is about 3.7 meters long and 200 millimeters in diameter, the Jane’s report said.