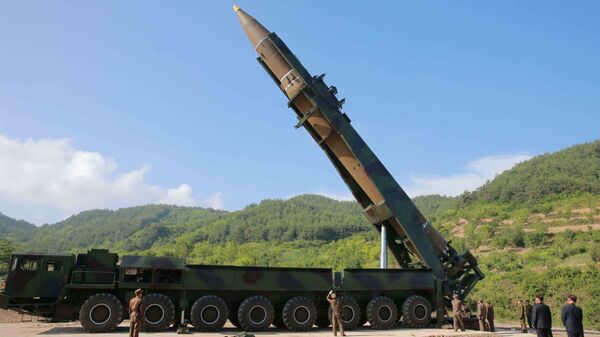 UK Opposes Any Dialogue With North Korea Until Denuclearization Starts
MOSCOW (Sputnik) – Russia remains committed to denuclearization of the Korean Peninsula and calls on involved parties to exercise restraint regarding the issue, Kremlin spokesman Dmitry Peskov told reporters on Tuesday.

"The Russian position has not changed, we are still supporting the denuclearization of the Korean Peninsula, the continuation of the political and diplomatic efforts of all parties, as well as calling on all parties to exercise restraint and to avoid provocative steps that could contribute to a further rise of tensions," Peskov said.

The spokesman pointed out that the issue was being discussed during UN Security Council sessions.

"The Korean nuclear and missile issues have been discussed many times and are still discussed as part of the exchange of views during such briefing sessions," Peskov added.

Tensions between Seoul and Pyongyang have risen in the recent years amid North Korea's nuclear tests and launches of ballistic missiles, conducted in violation of the UN Security Council’s resolutions.