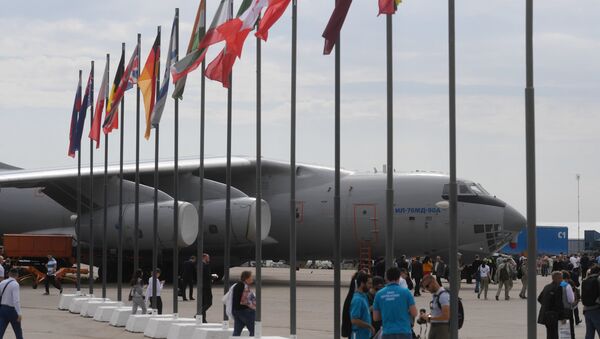 Some 170 foreign participants from 50 countries have registered for the 13th International Aviation and Space Salon MAKS-2017, the head of Russia's Federal Service for Military-Technical Cooperation, Dmitry Shugaev, said Tuesday.

Deals Signed at MAKS to Show Foreign Interest in Cooperation With Russia - Putin
MOSCOW (Sputnik) — MAKS-2017, one of the world's largest aviation shows, kicked off in the town of Zhukovsky near Moscow earlier in the day. It will conclude on Sunday.

"The interest in the exhibition is huge. Approximately 170 foreign participants from 50 countries. Some 650 samples of military equipment and 70 official delegations will be present at MAKS," the official said.

According to Shugaev, 115 aircraft will be presented at the air show, and 18 Russian Aerospace Forces aircraft will conduct demonstration flights.

Earlier in the day, Russian President Vladimir Putin said that deals signed at the MAKS will show foreign interest in cooperation with Russia.