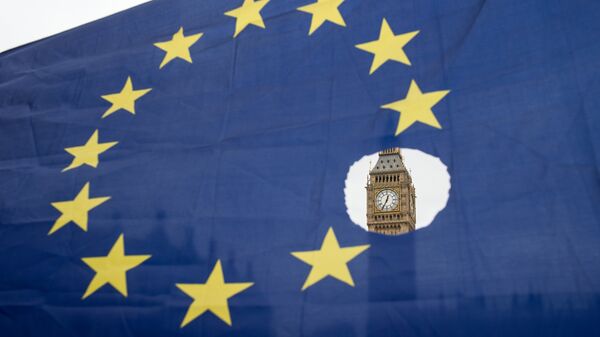 © AFP 2023 / OLI SCARFF
Subscribe
International
India
Africa
The United States applauds new European Union sanctions announced on officers of the Syrian government and scientists allegedly involved in the use of chemical weapons, the US Department of State spokesperson Heather Nauert said in a statement.

WASHINGTON (Sputnik) — The European Council action followed sanctions designations recently undertaken by the United States that were also aimed at holding the Syrian regime accountable for its alleged use of chemicals weapons on the Syrian people, including the April 4 Khan Sheikhoun attack, the statement said.

"We applaud today’s decision by the European Council to sanction 16 senior military officials and Syria’s Scientific Studies and Research Centre Scientists (SSRC) for their roles in the development and use of chemical weapons against civilian populations," Nauert said in the statement on Monday.

US, Russia Maintain Contact to Ease Tensions, Ensure Safety in Syria
The Syrian government has repeatedly denied any involvement in the incident and said that it does not possess chemical weapons as the full destruction of its chemical weapons stockpile had been confirmed by the Organization for the Prohibition of Chemical Weapons (OPCW) in January 2016.