Ryabkov, Shannon Ended Talks at US State Department in Washington 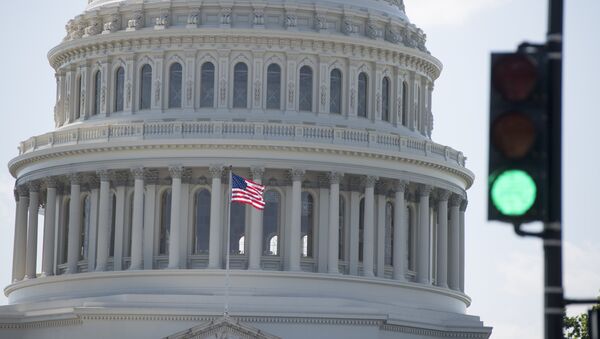 WASHINGTON (Sputnik) — The main topic of the consultations was expected to be the situation with Russia's diplomatic property. The outcome of the talks may influence Moscow's possible decision on retaliatory measures against Washington.

Ryabkov, Shannon Meeting to Be Canceled, If Russian Compounds Issue Not Raised
On June 21, Moscow canceled the Ryabkov-Shannon talks, scheduled to take place in St. Petersburg on June 23, after the United States expanded anti-Russian sanctions the day before. According to Russian Foreign Minister Sergey Lavrov, Moscow would take retaliatory steps if the situation with Russia's diplomatic property in the United States was not resolved, while Ryabkov told Sputnik that Russia had prepared a "tough" response to the United States' move among other options.

Two diplomatic compounds belonging to Russia were closed down at the end of 2016 as part of the sanctions introduced by Barack Obama's administration over Russia's alleged interference in the US presidential election, which Moscow has repeatedly denied.