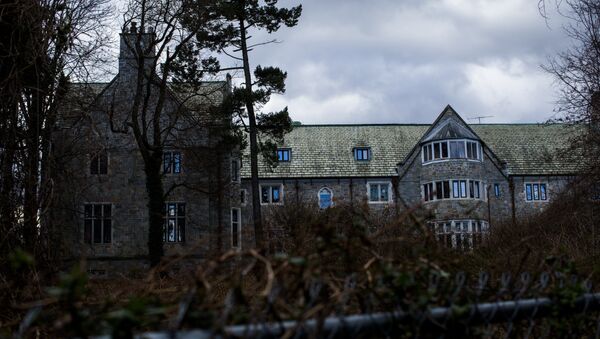 © AFP 2022 / Eduardo Munoz Alvarez
Subscribe
Russia has "no choice" but to impose retaliatory measures against the United States in its refusal to return Russian diplomatic property in New York and Maryland, the chairman of the Russian upper house of parliament's foreign affairs committee told Sputnik.

MOSCOW (Sputnik) — A senior White House official told Sputnik on Monday that the properties, seized in December 2016 over Russia’s alleged interference in the US election, would be given back only under the condition that it receives something in return from Moscow.

"In this case, it appears that the Russian side has no choice: it is time to retaliate. This is not our choice and these will be forced measures, but they must follow," Konstantin Kosachev said.

Russian Lawmaker Regards Linking Diplomatic Property Row to Syria As ‘Incorrect’
Kosachev stressed that that the White House official’s words were a confirmation of Washington’s disrespect to the international law and labeled it as an "attempt to promote the concept of the national law’s priority over the international."

The lawmaker noted that the US side did not hesitate to apply the principle of the force’s power at the expense of the force of law.

"This is the line that the Russian side should not agree with and the global community should not tolerate, as each precedent of this kind, either small or big, is a threat of the triumph of the unipolar world concept," Kosachev added.

On Tuesday, Russian Foreign Minister Sergey Lavrov said that Moscow would take retaliatory measures against Washington if the situation with Russia's diplomatic property in the United States was not resolved. Also on Tuesday, Russian Deputy Foreign Minister Sergey Ryabkov told Sputnik that Moscow had prepared a "tough" response to the United States' move, among other options.