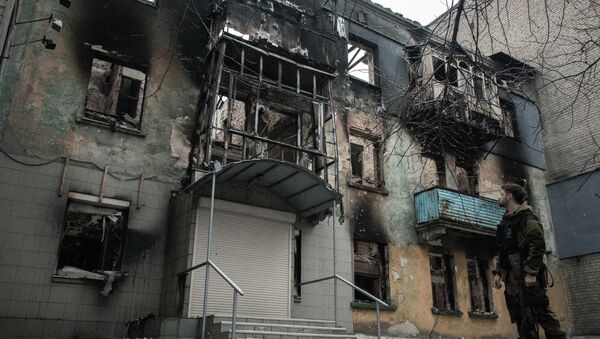 © Sputnik / John Trast
/
Go to the photo bank
Subscribe
70 percent of Ukrainians think, that achievement of peace in Donbass is only possible through compromise, according to opinion poll.

Ukraine's Direct Losses From Donbass Conflict Estimated at $50 Bln - MoD
Regarding the political future of the self-proclaimed Lugansk and Donetsk People’s Republics (LPR and DPR), 55 percent of Ukrainians see it as a part of Ukraine under pre-war conditions. One in five respondents were favorably inclined toward the possibility of granting of a broad autonomy within the boarders of Ukraine to these territories. Only 9 percent of interviewed welcomed separate existence of the republics or their joining Russia.