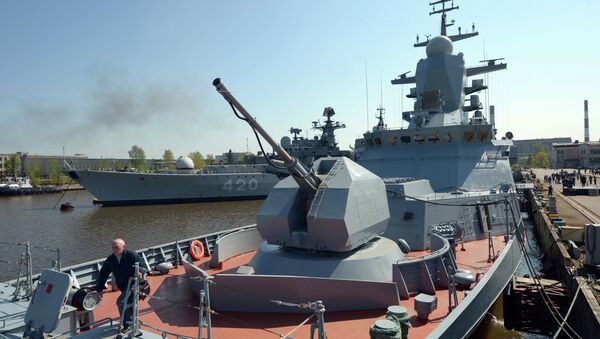 © Sputnik / Alexei Danichev
/
Go to the photo bank
Subscribe
The first stage of the Russian-Chinese naval drills Joint Sea-2017 will take place on July 21-28 in the Baltic Sea, the Russian Defense Ministry said in a statement.

MOSCOW (Sputnik) — The first phase would involve nearly ten ships of different classes, over ten aircraft and helicopters of both Russian and Chinese navy, the statement specified.

"On July 21 the ships of the naval forces of the Chinese People's Liberation Army will arrive to Baltiysk at a welcoming ceremony and several official events involving the Russian and Chinese Navy command. The solemn opening ceremony will also be held this day," the statement said.