Russia Hopes to Sign Agreement on Arms Re-Export From Bulgaria 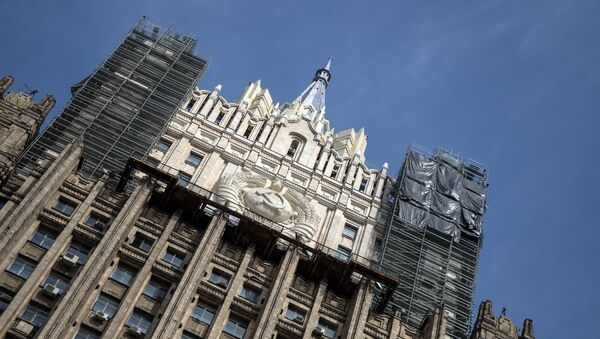 © Sputnik / Vladimir Pesnya
/
Go to the mediabank
Subscribe
International
India
Africa
Moscow hopes that Sofia will show the political will to sign the license agreement with Moscow on the control over the re-export of Russian weapons from Bulgaria, Russian Foreign Ministry’s spokeswoman Maria Zakharova said on Monday.

"The issue of settling license agreements with Bulgaria, which implies the control over the export of corresponding products, is important for the bilateral dialogue. We hope that the Bulgarian authorities will show the political will in settling this problem, which, honestly speaking, casts a shadow over the fruitful bilateral cooperation in most of other dimensions," Zakharova told the Rossiya-24 TV channel.

In December 2016, commander of Russian de-mining group in Aleppo, Ivan Gromov, told Russian media that the group had found arms "enough for a whole battalion" in the Syrian city, which were produced in Germany, the United States and Bulgaria. The statement was followed by a publication of the Bulgarian Trud newspaper that mentioned the Arcus arms company as the producer of some arms produced in Bulgaria under Russian licenses, which were found by journalists in eastern Aleppo.