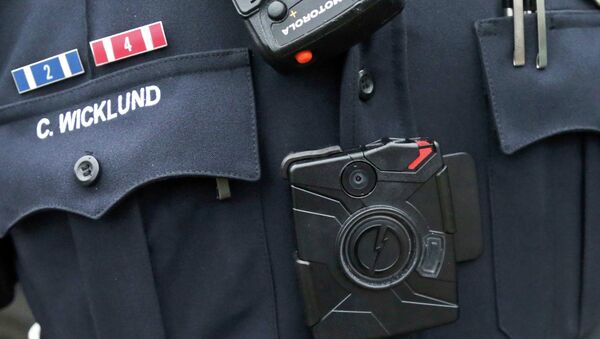 Two US tech companies announced Monday that they are jointly developing technology that functions like the human brain to help bring facial recognition technology to police body cameras.

Artificial intelligence firm Neurala and telecommunications device company Motorola will be integrating products with "real-time learning for a person of interest search," including the Si500 Video Speaker Microphone, a police body camera that features a "high quality radio speaker-microphone and touchscreen interface, for intuitive capture, storage and management of video, audio and image evidence," according to Motorola.

The patent-pending machine-learning and image recognition technology was created by Massimiliano Versace, the Italian-born founder of Neurala, and instead of functioning like typical computer it is designed to mimic the brains of mammals.

Partly funded by the Defense Advanced Research Projects Agency’s (DARPA) SyNAPSE program, Versace’s research focused on technology that will “perceive its surroundings, decide which information is useful, integrate that information into the emerging structure of its reality, and in some applications, formulate plans that will ensure its survival,” according to a 2010 paper he co-authored in IEEE Spectrum.

Motorola Solutions Chief Technology Officer Paul Steinberg described the applications of the technology in a media release, saying that if a child were missing, parents could show a photo of the child to police, whose body camera would “learn” what the child looks like and send that data to the cameras of other officers nearby, rapidly creating a kind of robo-search party for the child.

"We see powerful potential for artificial intelligence to improve safety and efficiency for our customers, which in turn helps create safer communities," Steinberg said. "But applying AI in a public safety setting presents unique challenges. Neurala’s ‘edge learning’ capabilities will help us explore solutions for a variety of public safety workflows such as finding a missing child or investigating an object of interest, such as a bicycle."