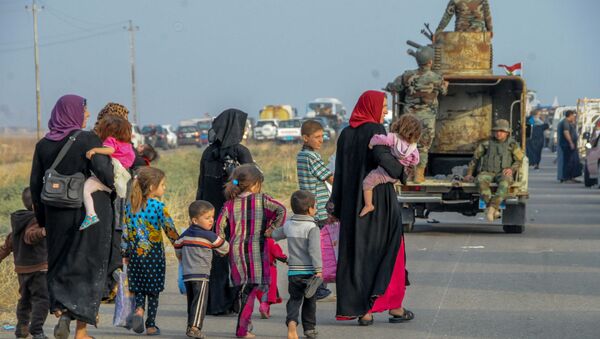 A RIA Novosti correspondent spoke with refugees and soldiers at a checkpoint on the road out of Mosul, as hundreds of people were on their way out of the ruins of Iraq's second city.

On Friday, it was reported that the battle between Daesh terrorists and government forces has restarted on both sides of the Tigris, particularly in the quarters of as-Shahuan and al-Qyliath in the Old Town area.

According to the UN, approximately 900,000 have fled Mosul since the fighting began, and the cost of reconstructing its basic infrastructure will reach more than $1 billion.

On Monday, a RIA Novosti correspondent observed hundreds of refugees who had gathered at the An-Nasr crossing out of Mosul. Iraqi soldiers at a checkpoint were checking people's identities against a list of those wanted by security forces before sending them on to nearby refugee camps. 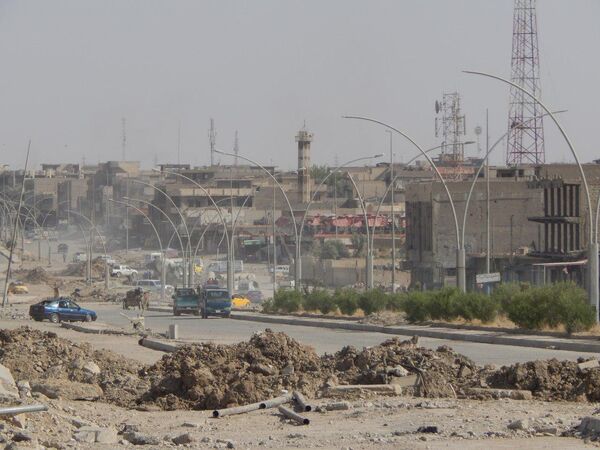 The devastation of Mosul
© Sputnik / Sara Nureddin
One young woman from Mosul told RIA Novosti that she had fled to east Mosul almost a month ago, amid fierce fighting in the Old Town. After trying to return home, her family discovered that their house is uninhabitable, forcing them to leave the area again.

Road of Life, Smell of Death in Mosul
"We stayed on the east side for 25 days, but we had nothing left, no money, so we decided to return despite the continuing fighting. I returned with my five-year-old daughter, but I found that our home is completely in ruins," she said, fighting back tears.

"In the neighborhood where we lived, there is nothing left: no people, no homes. There is only the smell of death and blood, the sound of shelling and whistling of bullets. It's scary to even take a step, because there are explosives almost everywhere," she said.

An older woman named Im Rasul told the reporter that terrorists had blown up her home when she was with children in the basement. They eventually escaped after staying there for two days.

"This is a difficult situation, there is still shooting and explosions. There aren't any markets or jobs, we just wait every day for help, that's all. There is no life," she said. 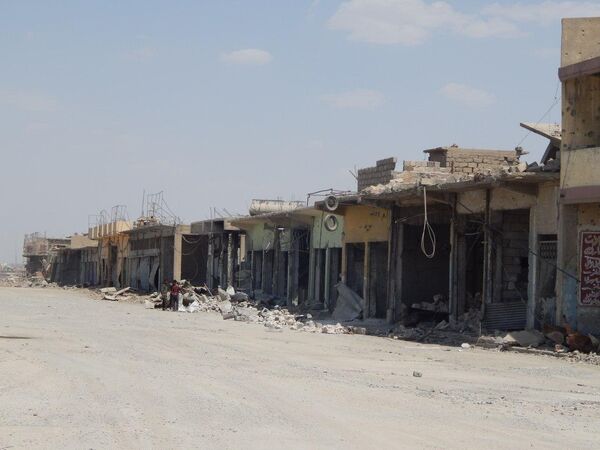 The devastation of Mosul
© Sputnik / Sara Nureddin
Iraqi soldiers at the checkpoint said that most of the refugees passing through the checkpoint are residents of Tal Afar, a city close to the Syrian border which Daesh terrorists declared an Islamic state earlier this week. The soldiers said that most of the refugees from Western Mosul are relatives of Daesh fighters.

"Refugees who arrive at the An-Nasr Bridge are brought to the Abravi hotel and to the inspection point at the Neinawa hotel, where the lists people of wanted by security services are located," a soldier explained.

Iraqi Troops Appear to Execute Daesh Captives in Mosul in New Footage (VIDEO)
The soldiers said that entry to the western part of Mosul is closed to journalists for security reasons.

"These measures have been taken for the sake of the journalists' safety, because the de-mining process and search for bombs is still ongoing," spokesman for Iraqi military command Mohammed Al-Baydani said.

As the soldiers carefully searched the belongings of the refugees, the sound of bombs could be heard and a convoy of combat vehicles of the Iraqi army and Popular Mobilization Units (PMU) rolled across the bridge heading for the historical part of Mosul. 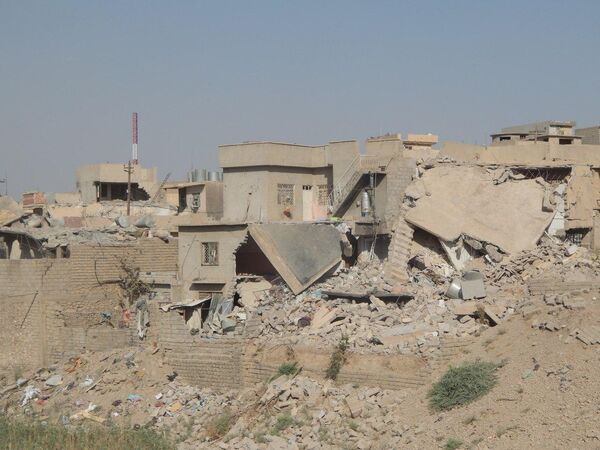 The devastation of Mosul
© Sputnik / Sara Nureddin
Combat vehicles belonging to the US-led international anti-Daesh coalition have also arrived in Mosul, including those with Austrian markings, the correspondent reported.

"This is a limited contingent of advisers from the international coalition who are helping our military. They are not present at the front line and aren't participating in battles. Among the contingent are military doctors, who work with the anti-terrorism unit," the Iraqi officer explained.