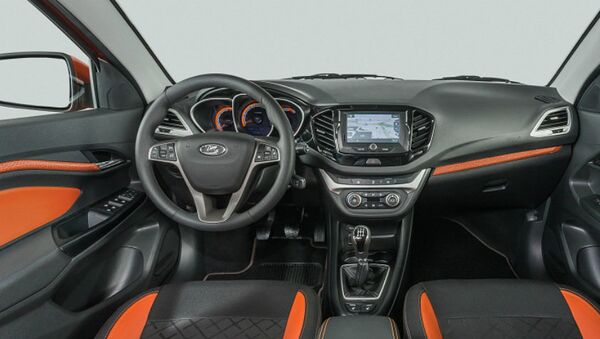 © Photo : PJSC AVTOVAZ
Subscribe
The past week has been a busy one for the Russian automotive world. SUV-maker UAZ rolled out two new commercial light truck designs, including a hybrid. Meanwhile, automotive giant AvtoVaz provided details on several new creations, including the natural gas-powered Lada Vesta CNG sedan, which went on sale this week.

On Friday, UAZ, the Russian car maker known for its production of sport utility and off-road vehicles, buses and trucks, announced the introduction of two promising new products for its lineup.

In September, the company will start production of a new light commercial vehicle – the UAZ Profi (literally 'Pro'). The new vehicle has a 1.5 ton load capacity, allowing it to carry up to five standard Euro pallets. Under the hood is a new 160 horsepower ZMZ-PRO engine. Available in 'Standard' and 'Comfort' versions, the light truck will compete with the Gazelle, the popular truck and van platform from GAZ group. 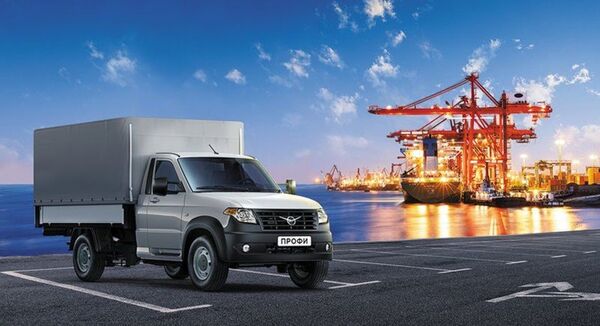 Other options include a locking rear differential, parking assistance, and a multimedia system with a 7-inch touch screen with room for an integrated navigation system. Barring the extra options, the vehicle will have a sticker price between 649,000 and 699,000 rubles (about $11,000 and $11,800, respectively).

UAZ's other creation, shown off at the INNOPROM-2017 international industrial trade fair last week, is a hybrid version of the Profi. The vehicle features a gasoline engine, a starter generator and an electric motor with 105 kW (143 hp) and 469 Nm of torque. The company says the new commercial vehicle will be able to go up to 1,000 km without a refill, 100 km of that on battery power alone. 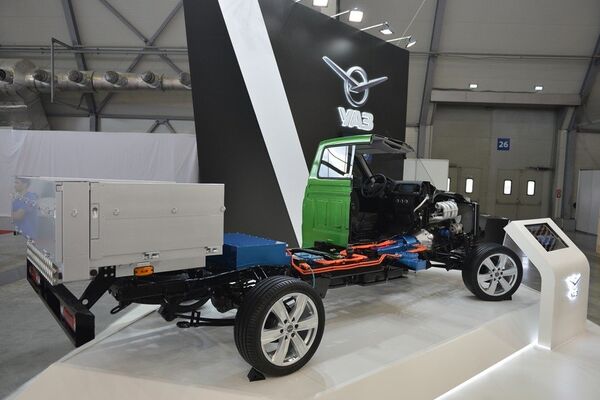 UAZ wasn't the only Russian carmaker to present a new non-traditional fuel-powered vehicle at INNOPROM. AvtoVAZ presented its Lada Vesta CNG, a five person sedan based on its popular Vesta platform powered by compressed natural gas.

The Vesta CNG was made available for purchase at Lada salons across Russia starting last week. The car has a sticker price ranging between 600,000 and 716,000 rubles (about $10,150 and $12,120 US, respectively) after state subsidies are taken into account. 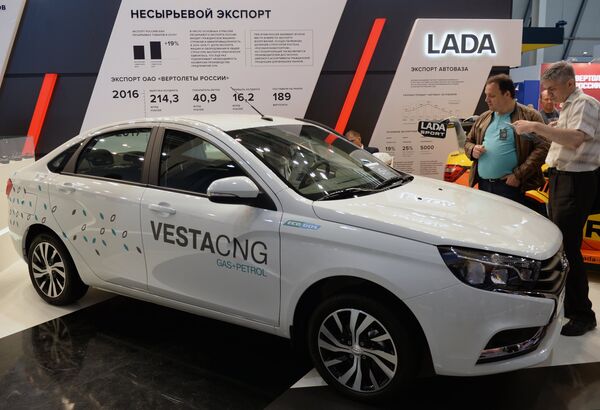 The Vesta CNG features a 1.6-liter, 106 hp engine – which can run on both gasoline and compressed natural gas. CNG fuel is stored in a 90-liter tank in the trunk. AvtoVaz says the natural gas-powered vehicle will reduce fuel costs three-fold.

They See Me Rollin': President Putin's Wheels Through the Years (PHOTOS)
New details have also emerged regarding the 'Cortege' project – a lineup of executive-class vehicles which will include a presidential limousine, sedan, minivan and possibly an SUV being developed by the Central Scientific Research Automobile & Engine Institute (NAMI).

Speaking to Russian media, Kirill Kazmirchuk, head of advanced technologies and development at NAMI, revealed that in addition to V8 and V12 engines, Cortege will have a third engine option – a 250 hp in-line four-cylinder engine.

Kazmirchuk said that while NAMI had assistance from Porsche Engineering for its 4.6 liter 650 hp V8, the other two engines, including a V12 6.6 liter, 860 hp engine and the new four cylinder were created in-house. The first batch of 14 Cortege vehicles is expected to be handed over to the presidential security service by the end of the year. The limousine is expected to arrive in time for the inauguration ceremony following presidential elections next spring. 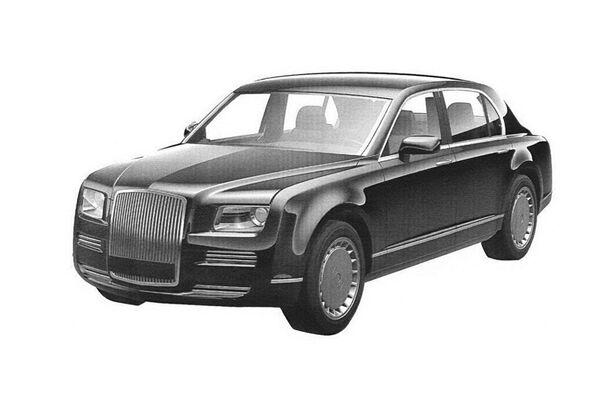 A Closer Look at President Putin's New Russian-Made Presidential Limousine
Kazmirchuk stressed that the Cortege project is working to compete with luxury vehicles such as the Mercedes S-class, Bentley, and Rolls-Royce. Cortege vehicles "will not yield to cars made by the best automakers, both in terms of equipment and quality," he said.

Finally, last week, AvtoVaz revealed interior photos and other details about the carmaker's new pair of wagons – the Lada Vesta SW and its sporty cousin – the Vesta SW Cross. 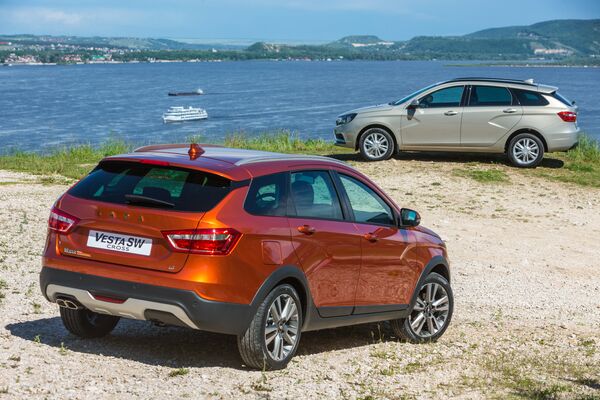 New photos of the cars' interior show the use of orange accent trim for seats, panels, and dashboard details (likely meant for the higher end versions of the vehicles). The wagons will feature 480 liters (16.95 cubic feet) of trunk space, expanding to 825 liters (29.1 cubic feet) when rear seats are folded down. Another 95 liters (3.35 cubic feet) of space are available under the floor of the cargo areas. These measurements are for loads up to the window sill line, not the ceiling. 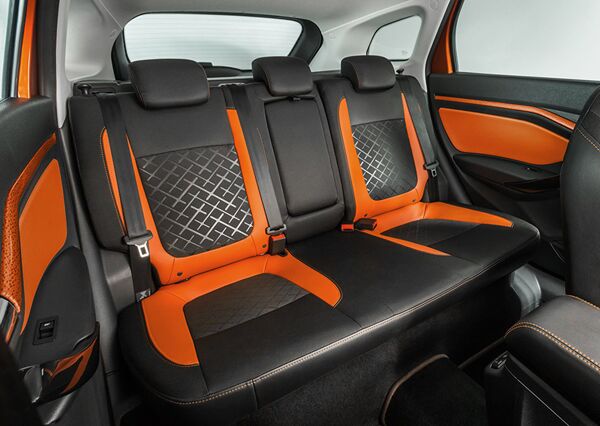 The wagons, expected to begin sales in the second half of 2017, have roughly the same dimensions as the Lada Vesta sedan, and retain that vehicle's distinctive x-shaped exterior design. The vehicles will have a list of standard and optional goodies, including heated rear seats, USB port for rear passengers, climate control, cruise control and a touch screen multimedia system.