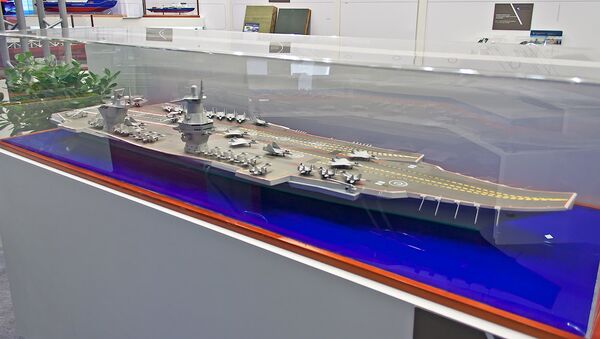 In an article for the news network Zvezda, Russian military expert Vladimir Karnozov specifically focused on characteristics of an advanced Russian aircraft carrier which is currently being developed by the Krylov State Research Center.

Russia's New Supercarrier Isn't Being Built to Engage in Muscle-Flexing With US
Late last month, Vice-Adm. Viktor Bursuk, Russia's deputy navy commander in charge of procurement, said that the Russian Navy is planning the construction of a new aircraft carrier to accompany the Admiral Kuznetsov.

"The Navy will build an aircraft carrier," Bursuk said at 2017 the International Maritime Defense Show in St. Petersburg, adding that the Krylov State Research Center submitted a carrier mock-up with additional designs being looked at.

The work to modernize Admiral Kuznetsov, the Russian Navy's only aircraft carrier, will begin in 2018, according to Bursuk. 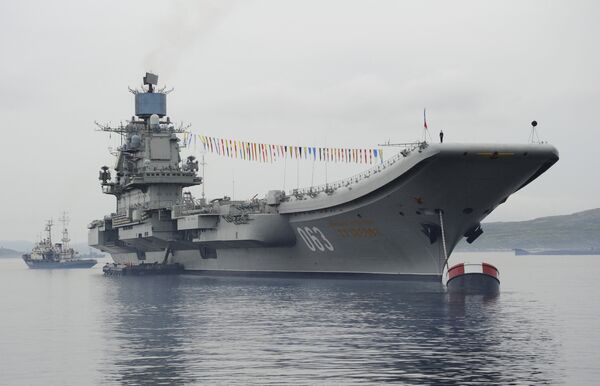 In October 2016, a Russian naval group, headed by the Admiral Kuznetsov which also included the Pyotr Veliky battle cruiser, the Severomorsk and Vice-Admiral Kulakov anti-submarine destroyers as well as the Admiral Grigorovich frigate and support vessels, was deployed for three months to the Mediterranean Sea to support Russian combat operations in Syria.

For their part, representatives of the Krylov State Research Center said that compared to the Russian heavy aircraft carrier of Shtorm (Storm)-class which is also under development, their ship will be cheaper as well as having a smaller displacement, according to Russian military expert Vladimir Karnozov.

"However, in terms of combat capability the new aircraft carrier will be on a par with the Shtorm-class aircraft carrier", Karnozov wrote in his article for the news network Zvezda. 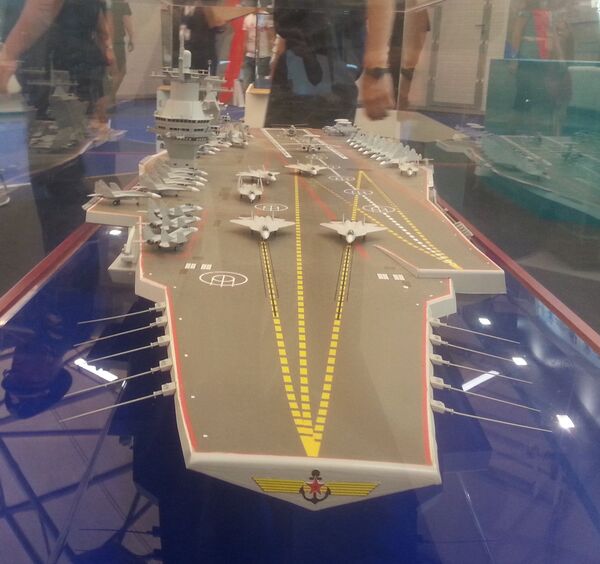 Currently, the military along with the nation's shipbuilders are working out the shape of the future vessel and its performance characteristics, with several options being placed on the table.

One of them proceeds from the assumption that the dimensions of the vessel will be close to those of the heavy Russian aircraft-carrying cruiser Admiral Kuznetsov, according to Karnozov. 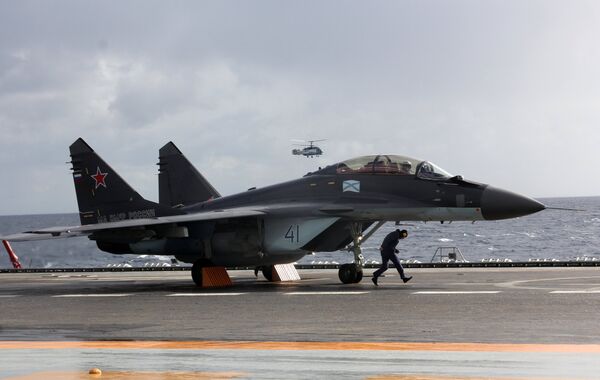 The new aircraft carrier is expected to have a maximum speed of up to 25 knots, which is considered quite sufficient to ensure liftoff and landing operations of the Su-27K and the MiG-29K deck fighter jets. The knot is a unit of speed equal to one nautical mile (1.852 km) per hour.

'Convenient Target': Russian MoD Compares New UK Warship to Admiral Kuznetsov
Commenting upon the Shtorm-class aircraft carrier, Karnozov warned against jumping to conclusions, saying that allegations about the closure of the projects hold no water.

He recalled that a mock-up model of this 330-meter-long supercarrier was on display at the 2017 International Naval Show in St. Petersburg, where developers touted the vessel as "a multipurpose aircraft carrier designed to conduct combat operations in the remote sea and ocean areas as well as destroy enemy ground and sea targets."

Karnozov did not rule out that "a final decision about the implementation of the Shtorm project will depend on whether Moscow will clinch relevant deals in India and China, Russia's long-standing and reliable partners in terms of military and technical cooperation."