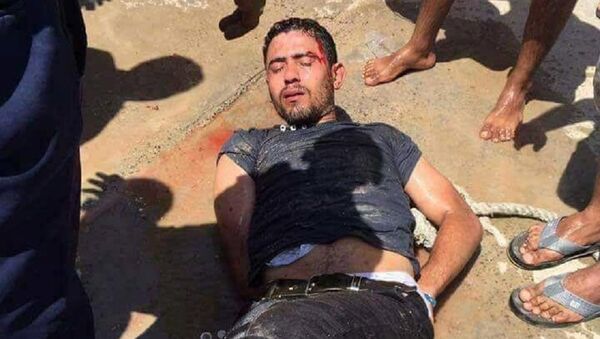 After receiving the diploma, Abdel Rahman, 28, who attacked foreign tourists in the Egyptian resort city of Hurghada left for Saudi Arabia where he worked as an accountant in a car dealer, according to media reports.

Egyptian Police Close Beach Used by Hurghada Knife Attacker When Accessing Hotel
CAIRO (Sputnik) – Abdel Rahman, 28, who attacked foreign tourists in the Egyptian resort city of Hurghada on Friday graduated from the Faculty of Commerce of the Al-Azhar University in Cairo and worked as an accountant in Saudi Arabia, local media reported on Saturday.

Rahman’s neighbors told the Al-Wafd newspaper that Rahman was an "ordinary" young man with two sisters and one brother.

After receiving the diploma, Rahman left for Saudi Arabia where he worked as an accountant in a car dealer. After that he returned to Egypt and then went to work in Hurghada.

The attacker's parents are shocked by the stabbing incident and refused to talk to reporters.

Germany Sends Fighter Jets to Escort Passenger Plane Coming From Hurghada
On Friday, an assailant armed with a knife assaulted the guests of a Hurghada hotel and killed two women from Germany, while four other tourists from Armenia, the Czech Republic and Russia were injured.

The perpetrator was arrested and the motives for the attack are being investigated. According to media reports, the attacker could have acted on the orders of the Daesh terror group (outlawed in Russia), or could be mentally ill.