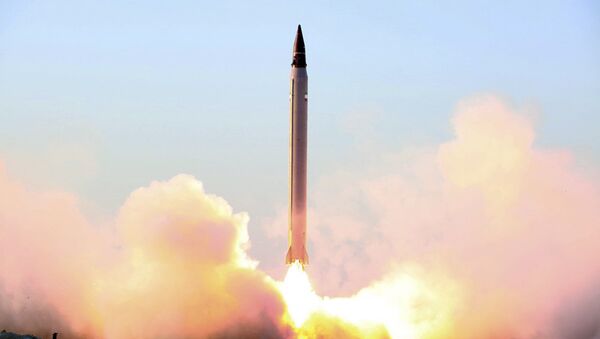 Speculations about a secret Syrian factory in the Hell Valley producing long-range ballistic missiles with the assistance from Iran, Russia and North Korea is yet another "horror story" which bears no relationship to reality, experts told Sputnik, explaining what is behind the new anti-Assad propaganda attack.

'Assad Mustn't Go': How Qatar, France, Germany 'Wised Up in Regard to Syria'
The story of a secret Syrian research factory developing long-range ballistic missiles under the auspices of Iran, Russia and North Korea is nothing but a fantasy aimed at justifying Washington's interference in Syrian affairs, experts told Sputnik Iran.

Kredo also quoted Middle East Media Research Institute's (MEMRI) report that claimed that "the facility is producing long-range missiles as well as M600 ballistic missiles, which is a Syrian version of the Iranian Fateh 110 missile."

"This facility has a branch in western Hama province for producing chemicals, and that that there is a Russian military base in the region, where North Korean officers once served," the report added.

While the media outlet suggests that the Hell Valley has become a new "resident evil," experts told Sputnik that this information bears no relation to reality and is aimed at driving a wedge between Russia, Iran and Syria and justifying new US attacks against Damascus. 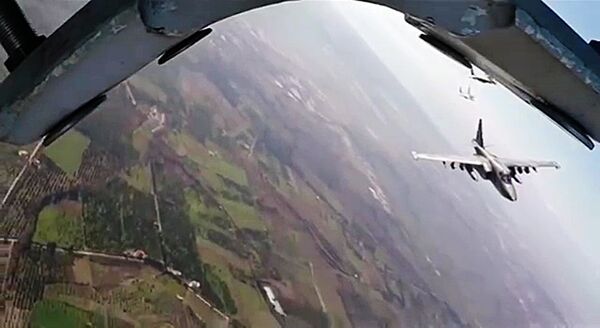 Boris Dolgov, senior research fellow at the Institute for Oriental Studies at the Russian Academy of Sciences, called attention to the fact that it is not the first propaganda attack on the part of the Syrian opposition.

"Let us remember the ludicrous staged footage that depicted the so-called White Helmets representatives which carried the people [allegedly] affected by a chemical attack [in Khan Shaykhun], while [the White Helmets] themselves did not use any protection gear or gas masks," Dolgov told Sputnik, stressing that the videos prompted the Pentagon to strike the Syrian Arab Army's Shayrat airfield on April 7.

Collateral Damage or Gas Attack? Why WH's Assad Accusations are Flawed
"Similar allegations [against the Syrian government] are being put forward constantly, even now. All self-respecting military experts and political scientists confirm that these accusations are absurd… from any point of view — political, military, and humanitarian," the Russian academic said.

Dolgov recalled that previously the opposition accused the Syrian leadership of running a secret prison where the Syrian government allegedly hung 50 per day. However, no credible evidence has yet been presented to confirm this claim.

According to the expert, the recent information attack of the opposition has fallen into the same pattern.

"The materials published on the Syrian opposition Zamanalwsl.net site there only pictures — probably taken from some satellite — of some structures in a certain area, and nothing more," Dolgov highlighted, adding that there is no evidence that what is depicted in the pictures is a secret weapons factory producing ballistic weapons, let alone that Iranian, Russian and North Korean specialists are surreptitiously working there.

What is the aim of this propaganda attack?

"In fact, this is a clear attempt to create conditions for a new military strike against Syria, its military positions and Bashar al-Assad. This is the first goal," Dolgov believes.

"The second goal of these absurd statements is to pit the United States against Russia," he said, adding that therefore the opposition and the US media are trying to depict Russia, Damascus, Iran and North Korea as some sort of "Axis of Evil." 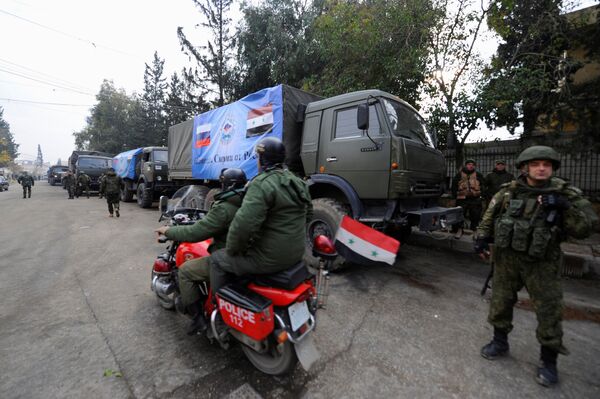 According to Abshenas, these information tricks are being used by the US and Israel to justify their interference in Syrian affairs, however, they neither present any evidence to back their allegations nor name their sources.

"The allegations that [the production of ballistic missiles] are controlled by Iran in Syria with the participation of Russia and North Korea are absolutely illogical and absurd," Abshenas emphasized.

Chemical Arms Allegations: US Shaping Public Opinion Ahead of Strike on Syria
"We all know that ballistic missiles, as a rule, are designed for a long range strike. If Iran, Russia or North Korea needed such weapons, they would build them at home, and not in the territory of a third state," he noted.

"And besides, why would Syria produce long-range ballistic missiles, when it has no possibility to use them? Syria simply does not need such weapons," the Iranian expert pointed out.

According to Abshenas, the US and its allies in the Middle East are painting their geopolitical canvas with a broad brush to convince the Americans that Russia, Iran, North Korea and Damascus are mulling over some evil plan involving ballistic missiles.

Syria doesn't have targets which would require the use of long-range ballistic missiles, Abshenas reiterated.

He stressed that the goal of those who are spreading the false narrative about the Syrian secret weapons factory is to exert considerable pressure on Russia, Iran and Damascus, especially in the light of their recent military successes on the ground in Syria.

"Every day the Syrian [Arab] Army, together with its allies, is moving forward, winning brilliant victories in the fight against terror. Therefore, [the US-led coalition and the Syrian opposition] want to prevent these military successes through information and political pressure," the Iranian expert concluded.