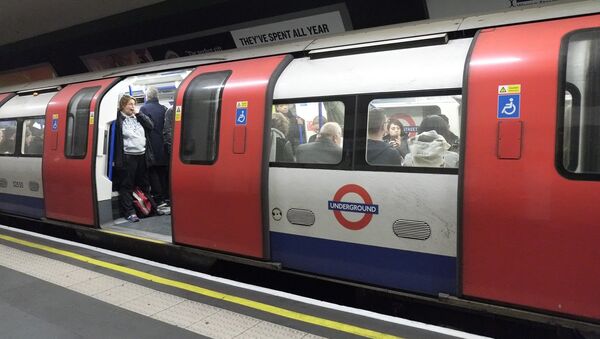 CC0 / Pixabay /
Subscribe
Train and bus passengers in London will no longer be greeted as "ladies and gentlemen" over the Tannoy. Transport for London (TfL) is replacing it with "hello everyone" because of fears of offending transgender people.

TfL said the move was designed to ensure all passengers felt "welcome" and it has been warmly welcomed by the LGBTQ campaign group Stonewall.

"Language is extremely important to the lesbian, gay, bi and trans community, and the way we use it can help ensure all people feel included," said a Stonewall spokesman.

​"We welcome gender neutral announcements to be rolled out across TfL as it will ensure that everyone — no matter who they identify as — feels accounted for."

"I am so impressed by Transport for London's decision, especially with it coming within a summer of incredible LGBTQ Pride celebrations," said BBC presenter and journalist Ben Hunte.

Hunte is the presenter of Gay Britannia on BBC Radio 4 Extra, and was recently invited by Prime Minister Theresa May to a reception at Downing Street to "celebrate the LGBT community."

"People have a broad spectrum of gender identities, which could be as a man or as a woman (binary) or in between those identities (non-binary) or as non-gender. All of these unique identities are becoming more and more recognized and respected within society. It's time for all of our country's organizations to step up their practices and promote love and equality wherever possible," Hunte told Sputnik.

But not everyone has welcomed the idea.

The new phrase will be applied to a series of new pre-recorded announcements which will be made across the capital's transport network later this year.

"We want everyone to feel welcome on our transport network," said Mark Evers, director of customer strategy at TfL.

"We have reviewed the language that we use in announcements and elsewhere and will make sure that it is fully inclusive, reflecting the great diversity of London," he said.

Few men would object to being called a gentleman but many feminist women object violently to being described as "ladies," as they deem it a patronizing and condescending term. 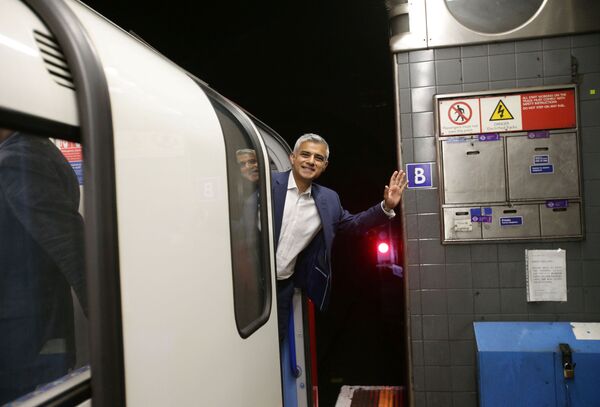 But the main objections to the phrase "ladies and gentleman" is that it acknowledges only two genders when many transgender people claim they are a third gender which is neither male or female.

The change is backed by the Mayor of London, Sadiq Khan.

"TfL serves a vibrant, diverse and multicultural city, and provision of an inclusive transport service is at the heart of TfL's purpose," he said.

"I am aware however, that some customers may not relate to or feel comfortable with the way that certain station announcements are made," he added.

000000
Popular comments
Capt'nSkippy !!!, Ladies and Gentleman don't take the train anymore... The tube is covered in graffiti, dirty, over priced and smells.

Zoanthropy
15 July 2017, 03:46 GMT2
000000
I don't remember when I last heard a "ladies and gentlemen" announcement on the tube anyway. They rarely preface announcements with anything. The most annoying one is the optimistic service update, "A good service runs on all lines." They seem to enjoy saying that when you've been waiting 20 minutes for a Circle Line. No announcements would be better, then the non-speakers of English would feel equally included too.
Medvezhonok
14 July 2017, 20:54 GMT1
000000
Newsfeed
0
New firstOld first
loader
LIVE
Заголовок открываемого материала
Access to the chat has been blocked for violating the rules . You will be able to participate again through:∞. If you do not agree with the blocking, please use the feedback form
The discussion is closed. You can participate in the discussion within 24 hours after the publication of the article.
To participate in the discussion
log in or register
loader
Chats
Заголовок открываемого материала
Worldwide
InternationalEnglishEnglishMundoEspañolSpanish
Europe
DeutschlandDeutschGermanFranceFrançaisFrenchΕλλάδαΕλληνικάGreekItaliaItalianoItalianČeská republikaČeštinaCzechPolskaPolskiPolishСрбиjаСрпскиSerbianLatvijaLatviešuLatvianLietuvaLietuviųLithuanianMoldovaMoldoveneascăMoldavianБеларусьБеларускiBelarusian
Transcaucasia
ԱրմենիաՀայերենArmenianАҧсныАҧсышәалаAbkhazХуссар ИрыстонИронауОssetianსაქართველოქართულიGeorgianAzərbaycanАzərbaycancaAzerbaijani
Middle East
Sputnik عربيArabicArabicTürkiyeTürkçeTurkishSputnik ایرانPersianPersianSputnik افغانستانDariDari
Central Asia
ҚазақстанҚазақ тіліKazakhКыргызстанКыргызчаKyrgyzOʻzbekistonЎзбекчаUzbekТоҷикистонТоҷикӣTajik
East & Southeast Asia
Việt NamTiếng ViệtVietnamese日本日本語Japanese俄罗斯卫星通讯社中文（简体）Chinese (simplified)俄罗斯卫星通讯社中文（繁体）Chinese (traditional)
South America
BrasilPortuguêsPortuguese
NewsfeedBreaking
11:08 GMTRussia Uses 'Best Suited' Internet Regulation, Kremlin Says
11:07 GMTFans Slam Michael Owen After England Legend Claims 'PSG Were Better Off Without Lionel Messi'
10:47 GMT'Cringe and Embarrassment': Australian Defence Minister Mocked for Not Knowing How to Do Elbow Bump
10:45 GMTApple, Google's Actions Considered Interference in Russia's Affairs, Senior Lawmaker Says
10:42 GMT'I Can't Speak to Validity': Pentagon Spokesman Elusive Over Milley's Alleged Secret Calls to China
10:41 GMTTaliban Bans Women From Entering Ministry of Women Affairs, Employee Says
10:33 GMTCapitol Fence Being Set Up to Fortify Area Ahead of 18 September Rally
10:30 GMTUK Defence Sec. Fires Back at China's AUKUS Accusations of 'Cold War Mentality'
09:55 GMTAUKUS Not Intended to Be Adversarial to Other Countries, UK PM Johnson Says
09:19 GMTRed Bull Boss Slams Lewis Hamilton and Mercedes for Faking His Injuries After Italian GP Crash
09:10 GMTAs Toll of South Africa Unrest Exceeds BLM Riots' Damage, Activist Says Instigators Will Walk Free
09:07 GMTPolice in Spain Evacuate Parts of Downtown Oviedo Over Bomb Threat
08:48 GMTWoman Who Threatened to Kill VP Kamala Harris Because She is 'Not Actually Black' Pleads Guilty
08:34 GMTNorth Korea Touts Its Railway-Borne Missile System to Deal 'Harsh Blow to Threat-Posing Forces'
08:11 GMTChina Accuses US of Intensifying Arms Race by Creating AUKUS
07:55 GMT'Stab in the Back': Ex-French Official Blasts New Trilateral Defence Deal Between US, UK & Australia
07:38 GMTTaliban Seeks to Build Good Relations With World Through Diplomacy, Spokesman Says
07:34 GMTPalestinians Welcome Egypt's Mediation Between Israel & Palestinians But Will It Yield Results?
07:24 GMTFourth or Fifth COVID-19 Wave 'Likely', Danish Strategists Warn
07:00 GMTLive Updates: CSTO to Take Steps to Protect Southern Borders as Situation in Afghanistan Worsens