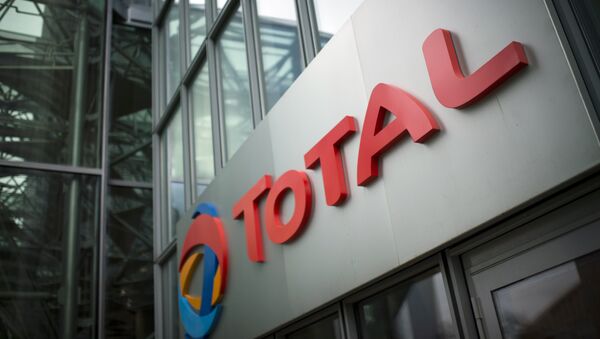 Turkey will take measures, responding to the start of exploratory drilling, which is carried out by France's oil giant Total at the request of the Cyprus' authorities off the coast of the island without consent of the Turkish side, Foreign Minister Mevlut Cavusoglu said Thursday.

Turkey Doesn't Want to Give Up Strategic Control Over This Island, Here's Why
ANKARA (Sputnik) — On Wednesday, media reported that Total was preparing to start exploratory drilling at the 11th section of the Aphrodite gas field in Cyprus' exclusive economic zone. It was reported that a drilling machine was deployed next to the field.

The reports came days after the failure of the reunification talks between the Greek and the Turkish Cypriots. According to the Cyprus' Energy Ministry's statement, the exploratory drilling work at the Onesiphoros West 1 area will last until September, with Total announcing whether it succeeds later.

"While we are holding talks on Cyprus settlement, the Greek side sends a ship for geological exploration, which demonstrates its insincerity in searching for a solution to the crisis. Instead of concentrating on resolving the Cyprus issue, it tries to carry out unilateral work, posing a threat to the negotiation process. We would not remain indifferent and will take steps to respond to their unilateral actions in coordination with our Energy Ministry," Cavusoglu said at a press conference.

The latest round were held of Cyprus reunification negotiations were held in Switzerland's Crans-Montana on June 28-July 7. On the last day, UN Secretary-General Antonio Guterres announced that the talks had ended in a failure of all parties to reach an agreement.

Ankara Slams Cyprus' Decision to Extract Oil Without Turkish Side's Involvement
In March, Cyprus announced that it would sign licensing agreements on April 5-6 allowing ExxonMobil and Total to conduct oil exploration in Northen Cyprus, as well as a similar deal with the Italian company ENI. The Turkish Foreign Ministry strongly condemned Cyprus' decision to sign oil exploration and extraction deals without involving the Turkish community of the island, represented by the self-proclaimed Turkish Republic of Northern Cyprus (TRNC).

The Mediterranean island of Cyprus has been partitioned since 1974, when Turkey occupied the island's north, later proclaiming the Turkish Republic of Northern Cyprus (TRNC). Turkey maintains military presence in TRNC, which is only recognized by Ankara as an independent state. The United Nations and the European Union have exerted a lot of efforts to reunify the island by political and diplomatic means.