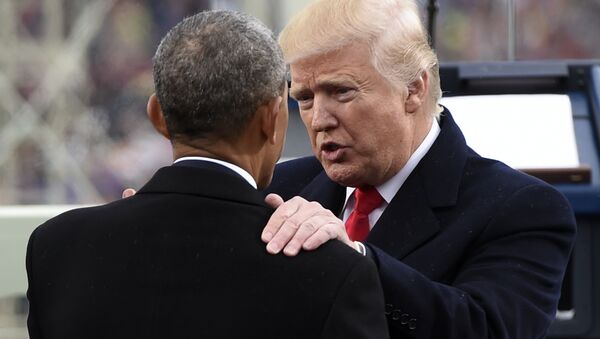 © AP Photo / Saul Loeb/Pool
Subscribe
Two of every three US voters who dislike President Donald Trump cite the president’s character and personality as reasons for their dislike, according to a poll by the Gallup organization on Thursday.

"Trump's unique personal style, brashness and disregard for conventional political norms and discourse… helped him stand out from other Republican contenders and ultimately contributed to his victory," the release stated. "Six months into his presidency, these same characteristics remain prominent in the minds of his detractors."

Others commented on Trump’s inexperience and offered explanations pertaining to his self-focus, Twitter use and perceived untrustworthiness, the report noted.

In a similar survey six-months into the Obama administration, 65 percent of Obama detractors cited issues and policies as the primary reasons for disliking the new president.