Poland Has 'Good Intentions' in Bilateral Relations With Russia - FM 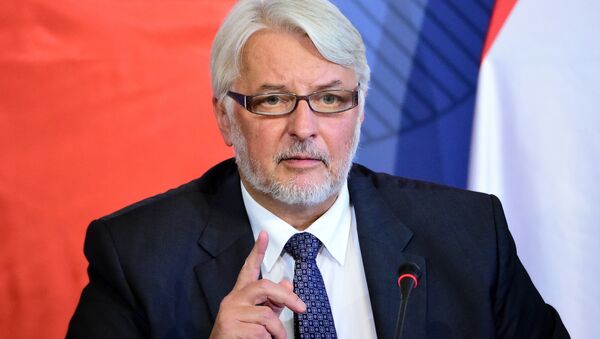 Business as Usual: Poland Seeks to Ramp Up Political Pressure Against Russia
WARSAW (Sputnik) — NATO has been boosting its military buildup in Eastern Europe, citing Russia's alleged meddling in the Ukrainian crisis in 2014.

Following the July 2016 summit, the alliance announced that it would deploy four multinational battalions to Lithuania, Latvia, Estonia and Poland. Moscow has repeatedly refuted the claims regarding Ukraine and stated that NATO’s military boosting near its borders was provocative and could lead to regional and global destabilization.

"We see Russia as a big chance. We neighbor with a huge market and a major supplier of raw materials… We are hopeful that we can convince Russia of our good intentions. NATO and the European Union do not to provoke Russia, but respond to the provocative behavior of Moscow," Waszczykowski told Austria’s Der Standard newspaper in an interview published Thursday.