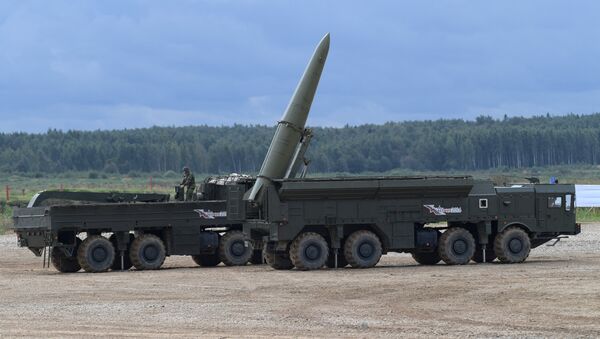 "The squads of Iskander mobile missile system marched to a firing range in the regime of blackout. Upon arrival in the specified area the squads completed the tasks on deploying the missile systems, determining the data for missile strikes and electronic missile launches," the press service said in a statement.

The servicemen also repelled attacks of imaginary terrorists, who tried to prevent the missile launches.

The Iskander is a mobile ballistic missile system designed to destroy a wide variety of ground targets at a range of up to 500 kilometers (over 300 miles).