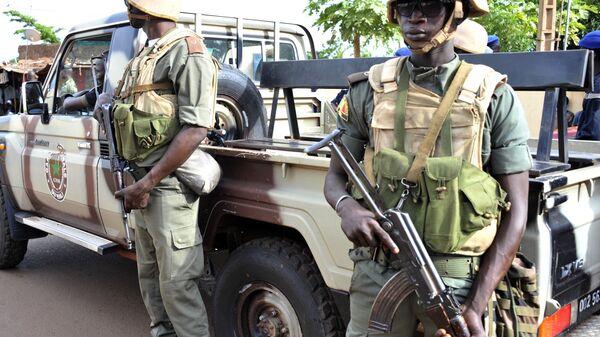 The European Parliament's Legal Affairs Committee narrowly backed the legality of a draft plan to allow EU "peace-building" aid to be spent on developing the military of countries such as Somalia and Mali. The move follows years of pressure from France and Germany on to spend more EU money on missions in sub-Saharan Africa.

The proposal to change the so-called Instrument contributing to Stability and Peace (IcSP) — an EU fund worth US$2.62 billion (€2.3 billion), charged with disbursing money for peace-building activities in conflict-ridden developing countries is avowedly part of the European Commission's "capacity building in support of security and development" initiative. 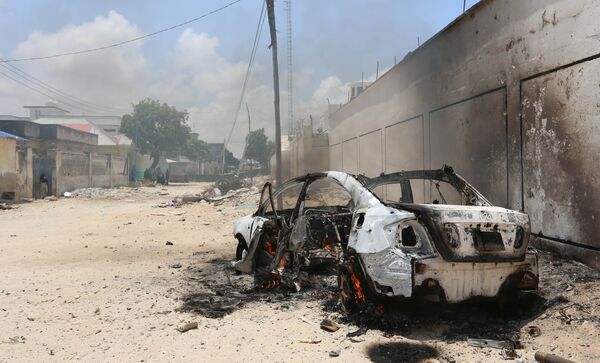 A burning car is seen after a clash among gunmen and security members, in Madina district of Somalia's capital Mogadishu, April 16, 2017
© REUTERS / Feisal Omar
"The link between security and development is a key underlying principle of the EU's comprehensive approach to external conflicts and crises," said a Commission document in 2015.

The proposals have been engulfed in legal controversy since their launch by the Commission in 2016. While the European Commission claims the move would strengthen the EU's ability to shore up state institutions in countries whose development has been hindered by violence, critics claim it's a covert attempt to divert financial resources away from traditional aid projects, to the EU's increasingly embattled military operations in sub-Saharan Africa.

@EP_Legal supports the legal basis of the instrument contributing to stability and peace as proposed by the Commission. Vote result 10/7/6

Moreover, the proposals appear to challenge Organization for Economic Cooperation and Development guidelines on humanitarian contributions that state financial support given to military forces can only be counted as development aid if there aren't any civilian actors able to do the same job, or if the military actor in question is delivering humanitarian aid.

The Lisbon Treaty expressly forbids EU funds from being spent on military operations, with current missions in sub-Saharan Africa primarily funded via an intergovernmental financing agreement known as the Athena mechanism, set up 2004 — and the Parliament's own lawyers initially said the proposal's legal basis was not compatible with its "predominantly" foreign and security objectives.

Conversely, the Commission's proposals allow financial assistance to be provided to military elements, if a consensus exists between the country concerned, and the EU, that a country's security sector is "key for stability, peace and development." There are some limitations, however — funds cannot be spent on arms, ammunition or combat training for soldiers. 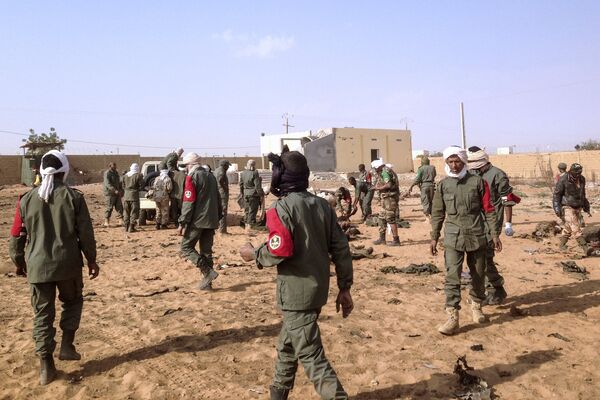 Soldiers attend to wounded and casualties in the aftermath of a suicide bomb attack who ripped through a camp grouping former rebels and pro-government militia in troubled northern Mali left 40 people dead on January 18, 2017 in Gao.
© AFP 2022 / STRINGER

However, they subsequently stated the proposal was in fact viable, given the "exceptional circumstances" in which financial assistance could be provided to military actors.

The vote was neither preceded by a debate nor disclosed in the agenda of the committee meeting, which has troubled critics — they suggest its relative concealment testifies to the EU's wish that public attention not be drawn to the scheme.

Prior to the vote, EU governments and MEPs on the European Parliament's Foreign Affairs Committee had already approved the measures, despite stiff resistance from certain parliamentarians and member states such as Sweden.

The proposed will again be voted on by the Parliament's plenary in September, before a final discussion between the Parliament and the Council of the EU.

The vote was held the same day French President Emmanuel Macron and German Chancellor Angela Merkel met to discuss the creation of a military force to fight terrorism in Africa's Sahel region, a move that could be a further step towards the long-mooted creation of a dedicated EU army.