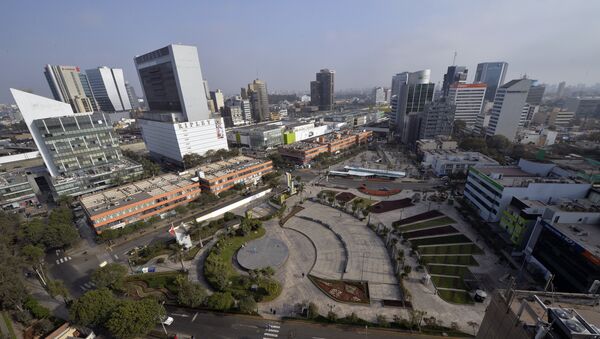 © AFP 2021 / CRIS BOURONCLE
Subscribe
The government of Ecuador has made a decision to suspend the construction of a wall at the border with Peru, which led to diplomatic tensions in bilateral relations, Ecuador's Foreign Minister Maria Fernanda Espinosa said Thursday.

"We ask for a meeting, I think, it is necessary, important, to reach a final agreement on this issue, I also think that we need a constant dialogue with Foreign Minister [Ricardo] Luna, but we have suspended the construction under Peru's request," Espinosa was quoted as saying by the Andina news agency.