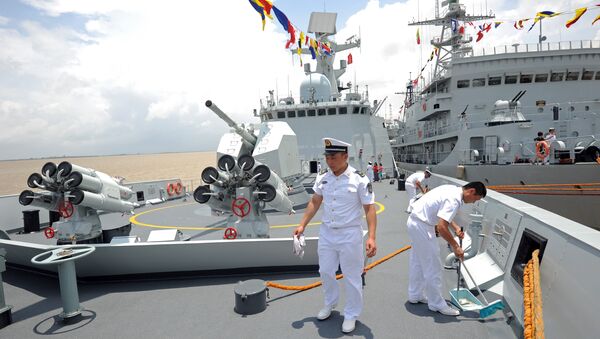 The installation of the Chinese military base in Djibouti, in the Horn of Africa, is only the beginning, Sputnik contributor Andrei Kots believes, explaining why Beijing's first overseas base is by no means the country's last military installation abroad.

THAAD Frenzy: When US Nuclear Strike Threat for Russia, China to Reach Its Peak
China has dispatched a military contingent to its first overseas military base in Djibouti, in the Horn of Africa; according to Sputnik contributor Andrei Kots, there are signs indicating that the Djibouti base won't be Beijing's only military installation abroad.

Interestingly enough, following the announced dispatch a Chinese state-owned media outlet, Xinhua, highlighted that the base "is meant for supply missions, is not a military outpost built to boost the country's military presence and play deterrent roles in the region."

"The Djibouti base has nothing to do with an arms race or military expansion, and China has no intention of turning the logistics center into a military foothold," the media outlet pointed out.

Still, according to Kots, Beijing's interest in the tiny state located in the Horn of Africa is quite understandable.

"The western frontier of Djibouti is located in the narrowest part of the Bab-el-Mandeb Strait which connects the Red Sea and the Gulf of Aden. It is of great economic and strategic importance. All the European ships which enter the Red Sea from the Mediterranean through the Suez Canal and head toward East and South Asia, as well as Australia, pass through the 26-kilometer-wide bottle neck," Kots underscored.

China Announces Official Opening of Naval Base in Djibouti
"In addition, the lion's share of oil tankers from Saudi Arabia is going through the Bab-el-Mandeb Strait," he added.

Thus it's hardly surprising that the US, Germany, Italy and Spain have their military presence in this region.

According to the editor-in-chief of the National Defense magazine, Igor Korotchenko, the geostrategic importance of Djibouti is well known to all.

However, there is yet another reason for China's beefing up its presence in the region.

"China has actively invested in African countries over the past 20 years and regards the continent as the main source for its further industrial and economic development," Korotchenko told Sputnik. "The People's Republic of China (PRC) needs a military base in Djibouti to protect its interests [in the region]."

"And, finally, the Celestial Empire's permanent military presence in Africa will allow it to exert great influence on [African] states which are of economic interest to the PRC," he added. 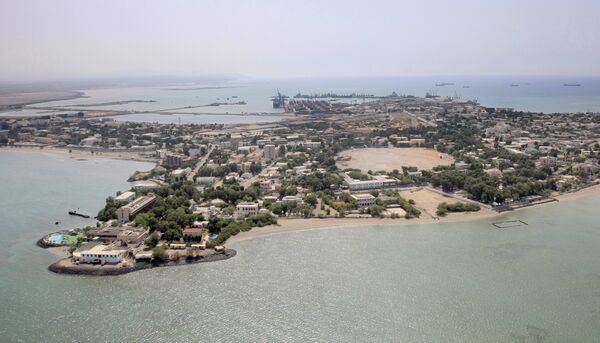 Indeed, by the beginning of 2017, the total volume of Chinese investments in African states has reached a trillion dollars, Kots remarked, adding that Beijing implements and finances dozens of infrastructural projects across the continent, including the East African Railway.

However, that's half the story, according to the Russian journalist.

It seems that China is mulling over the opportunity to expand its overseas presence in the future, Kots believes.

To illustrate his point, the journalist draws attention to the fact that Beijing has significantly boosted its Navy Forces over the last 10 years.

"Particular attention was paid to the construction of vessels capable of transporting large military contingents with equipment and weapons for long distances. For instance, the newest mobile landing platform MLP 868 Donghaidao and the amphibious transport dock Type 071 Jinggangshan have left for the shores of Djibouti earlier this week," he pointed out.

"The Pentagon classifies MLP ships as expeditionary mobile bases designed to provide large-scale overseas amphibious operations," the journalist remarked, adding that Donghaidao can be regarded as an autonomous naval unit.

Speaking to Sputnik, Russian military analyst Vasily Kashin stressed that China's amphibious ships are by no means inferior to those of the US.

"China is increasingly focusing on the use of its Armed Forces for what they call the 'protection of foreign interests' which lie far beyond the borders of the PRC. This is mainly Africa and the Middle East," Kashin noted, adding that the Chinese reportedly plan to increase the number of marines from 20,000 to 100,000.

"The People's Liberation Army Navy Marine Corps (PLAMC) conducts exercises on a regular basis," Kashin continued. "Chinese Marines, for example, were deployed to the Gobi Desert, where they trained in new climatic conditions."

"All of the above indicate that the PRC is creating a powerful expeditionary force," the Russian military analyst emphasized. 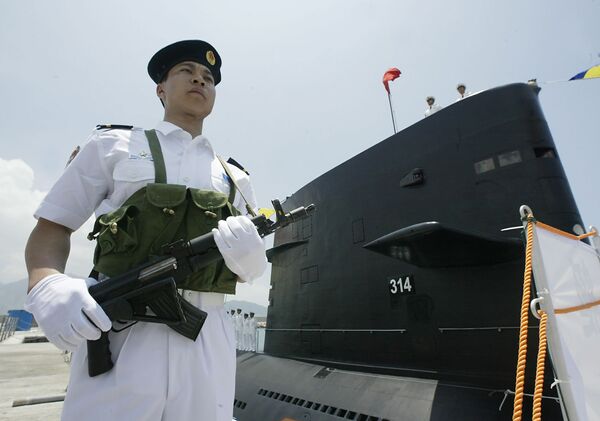 According to Kots, the People's Liberation Army Navy currently has more than 70 amphibious and military transport ships with most of them capable of operating in the far sea zone.

Given this it is unlikely that China will limit its overseas presence to just one military base in Djibouti, Kots argues.

The Russian journalist assumed that new Chinese support bases and logistic hubs may soon appear in in Tajikistan, Pakistan and Afghanistan to ensure the security of the China-led New Silk Road project.

In addition, some analysts do not exclude the possibility of the creation of new Chinese military bases in the Pacific Ocean, Kots noted, adding that reportedly Beijing has been negotiating this matter with Papua New Guinea since 2014.

"The permanent presence of the PLA [in the region] will allow Beijing to control the lion's share of the southwestern Pacific and keep an eye on US military bases located there," the Russian journalist concluded.