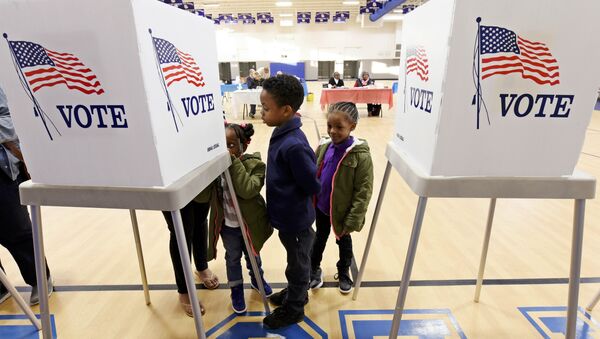 © REUTERS / Jonathan Drake
Subscribe
International
India
Africa
Approximately one in four US voters may not cast a ballot in upcoming elections due to cybersecurity concerns, a new poll conducted by the cybersecurity firm Carbon Black revealed on Wednesday.

Macron's Republique En Marche Party to Lead in June General Elections - Poll
WASHINGTON (Sputnik) — Twenty-seven percent of voters said they would not consider voting in upcoming US elections due to concerns over cybersecurity, which is a seven percent increase compared to a similar poll conducted in September, The Hill reported.

"There is no question, none, that the US voting process is vulnerable," Carbon Black CEO Patrick Morley told the newspaper.

Morley believes the polling results show the federal government needs to take a more active role in elections, according to reports.