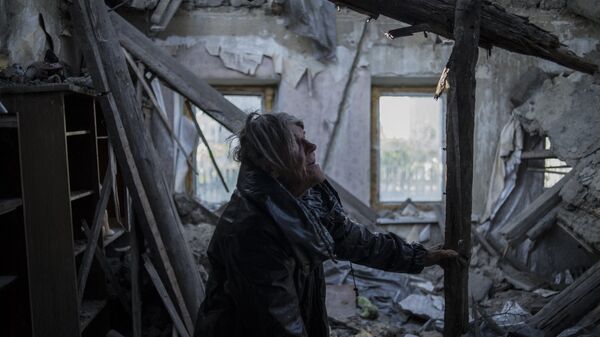 Russia is not able to make progress on the implementation of the Minsk agreements on its own, so therefore Kiev authorities should simultaneous carry out reforms and take steps toward the settlement of the nation's crisis, Belgian Foreign Minister Didier Reynders said Wednesday.

BRUSSELS (Sputnik) — Moscow has repeatedly insisted that Russia is not party to the Ukrainian internal conflict, but the broker of the Minsk agreements implementation along with France and Germany.

"It depends on the situation on the ground and the capacity to go further in the implementation of the Minsk agreements. It is not just possible for Russia [alone] to make some progress on [the implementation of Minsk agreements]. Of course, there are people on the ground, there are also people in Kiev, and we ask… the Kiev authorities to organize reforms and to make progresses," Reynders said at a joint press conference with Lavrov, when asked about the prospects of lifting of Western economic sanctions against Moscow.

Russia Cannot Implement Minsk Deal Unilaterally, Instead of Ukraine - Putin
On Wednesday, Russian Foreign Minister Sergei Lavrov met with Reynders in Brussels. The ministers discussed a wide range of issues, including bilateral cooperation in trade, investment and culture, as well as topical global issues such as the Ukrainian crisis, de-escalation zones in Syria, and situation in Libya and the Central Africa.