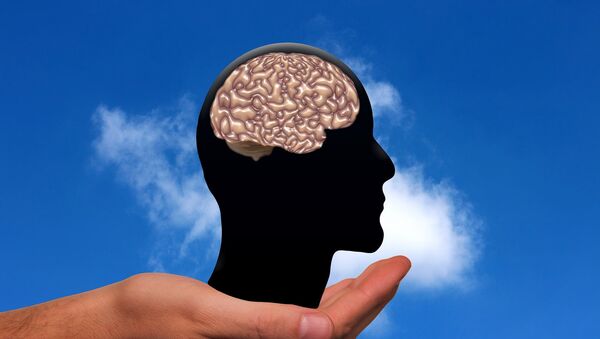 The US military's shadowy research branch, Defense Advanced Research Projects Agency (DARPA), has outlined a US$65 million plan to develop advanced neural implants connecting brains to computers, in order to treat sensory deficits like blindness. The agency is just the latest body to throw its proverbial hat into the brain-computer interface ring.

In years to come, 2017 may well be remembered as the year when the attempt to merge machines and the human brain went supernova.

In March, Tesla Motors CEO Elon Musk announced the creation of Neuralink, and in April, Facebook's Building 8 division embarked on a project aimed at achieving control of computers via mere human thought.

DARPA's effort is being carried out by six research teams, including two seeking to restore vision using light-emitting diodes, one to decode speech using "neurograin" sensors, and another using holographic microscopes to detect neural activity that could replace lost vision or act as an interface to control artificial appendages.

The agency hopes the four-year effort will create fully functional prototypes for demonstration, and further innovation.

While Musk and Facebook alike were light on specifics when discussing their plans, details of DARPA's project are a lot more fleshed out.

One funding recipient, Paradromics, is developing technology that will, hopefully, be able to record data from one million individual neurons inside a human brain simultaneously — an essential capability if scientists are ever to create a seamless link between the human brain and computers, which could restore lost senses. The firm has been granted US$18 million for the task.

Scientists have been able, using metal electrodes, to listen in on the electrical chatter of brain neurons for a century. However, never before have researchers managed to simultaneously record data from more than a few hundred at once in a living human brain, typically home to around 80 billion in all.

Dr. Anders Sandberg, Research Fellow at Oxford University's Future of Humanity Institute, explains new methods for recording neuron activity — such as optogenetics —have been in development for some time.

"Optogenetics uses genetic engineering to make neurons light sensitive or change color depending on their state, allowing for reading and writing using fiber optics. Other projects aim at better electrode arrays using nanofibers, or aim at 'neural dust' — tiny machines lodged in the brain that signal to a chip using ultrasound. The goal is to make something much less invasive that can talk to many more neurons," Dr. Sandberg told Sputnik.

The spoils of such a breakthrough would be manifold. By definition, as the brain is the basis for everything we humans think, feel, do and understand, the more humans understand it, the better scientists will be able to heal or improve it.

For instance, Dr. Sandberg says prosthetics are currently crude and cannot feel — this could be fixed if they were somehow connected with the nervous system. The same goes for artificial eyes, and other sensory organs.

If and when neuroscience develops to a suitable degree, telepathic communication may even be possible.

Nevertheless, even if DARPA's goal to create working archetypes bears fruit, it will likely be a great while before such devices are ready for commercial, clinical or military application. Moreover,  the project is likely to be controversial — public anxiety and ethical debate over human experimentation and intrusive biotechnology is intense.

Still, Dr. Sandberg notes research in the field remains very much at the rudimentary stage, attempting to answer ostensibly basic questions, such as how the brain works, how it learns, and whether it's possible to copy it.

The road to developing a 1-million channel neural implant https://t.co/1FMwmuUhrf

Still, if the research project is successful, science will achieve unprecedented insight into how brains function — and it's also thought these breakthroughs could help improve artificial intelligence.

In a bizarre twist, Paradromics is borrowing a technique innovated by an obscure Moldovan industrial firm in order to read large numbers of brain cells simultaneously.

The company developed a unique means of stretching hot metal and mass-producing coils of extremely thin insulated wires, a mere 20 microns thick. Paradromics will be using large numbers of extremely thin wires to penetrate the brain, but not cause damage. The wires will relay the brain's electrical signals to a microprocessor, so they can be tallied and analyzed.

If the company is successful in creating a high-density connection to the speech center of the brain, they may well be able to tap into an individual's thoughts before they become words or actions.

An obvious question is why DARPA, a military research unit, is taking an interest in mind reading.

Dr. Sandberg explains the primary military interest in such capabilities is the treatment of neurological disease, and controlling prosthetics.

"While many researchers like the coolness of being able to control aircraft by thinking and similar things, that kind of direct use is rather far away since the interfaces are invasive. It is easier to add eye tracking, voice control and other automation," Dr. Sandberg concludes.

In any event, the project is not the agency's maiden foray into brain science interfaces.

Research on a number of similar projects is ongoing as of 2017, including using implanted chips to treat mental illness and restore memories and movement to battle-wounded soldiers.

Moreover, in April, it was announced DARPA was funding eight separate projects targeting peripheral nerves with electrical stimulation, in order to boost military training regimens. For example, one project aims at speeding up the time it takes to learn a new skill (such as a foreign language) — from years to weeks.