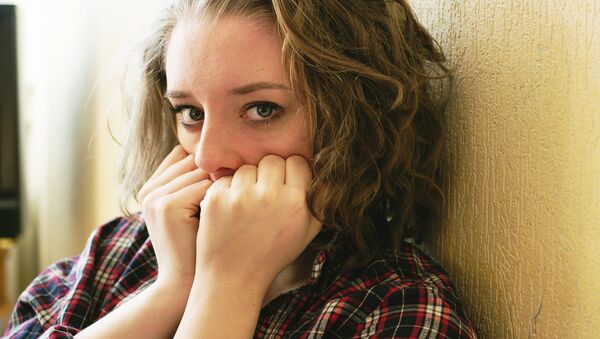 © Photo : Pixabay
Subscribe
A study by University College London (UCL) PhD student Rafael Prieto Curiel, has uncovered that the fear of crime is perpetuated by the opinion of others and in most cases doesn't correlate to the actual likelihood of experiencing crime.

The findings, which have been published in Proceedings of the Royal Society A, help to explain how fear of crime exists in cities and countries where crime rates are actually very low.

Mr. Rafael Prieto Curiel, who is from Mexico City, where he worked in the police department, developed a simple mathematical model that helps to explain why people are so fearful of terrorism for example, but actual rates of terror activities remain fairly low. 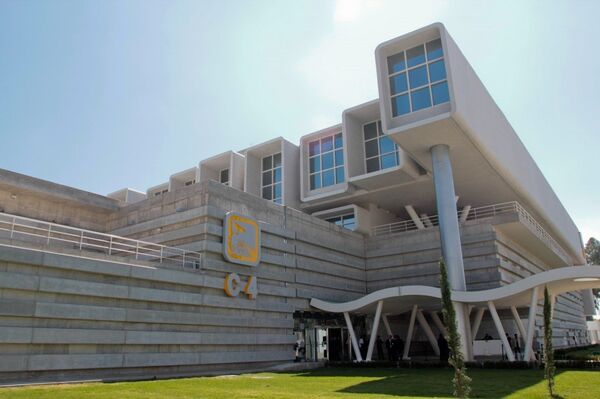 To understand how fear of crime varies across populations, three different groups were established. The first was a large majority of people who were statistically immune to crime, the second was a group that experiences a small amount of crime, and the third was a small population that suffers high rates of criminal activity.

They found that when individuals that never suffer crime only interacted with people from their own group, they feel secure, however when they connected with someone from one of the other groups, their fear of crime increased.

The findings also suggest that a decrease in crime rates might have almost no effect on the perception of security. For example, with low crime levels (5 percent of its regular level) the simulations predict that between 30 to 40 percent of the population from all three groups will fear crime.

"So, the issue we tried to analyze is something I experienced during my years of working as a police officer in Mexico City. We discovered that the number of crimes is not related to the fear of the society or city. We observed that even if crime rates dropped, fear remained the same. That challenge is one of the things that motivated me to start a PhD here at UCL.

"By using maths and interesting equations and theories, such as how we share ideas with others, we found that fear of crime might be more the result of a contagion process, so people sharing ideas with others," Mr. Prieto Curiel told Sputnik.

According to Mr. Prieto Curiel, crime happens to be low in frequency even in Mexico City, which is considered a dangerous place. The crime results are considerably low compared to the whole population, which means that the majority will not suffer any crime.

Mr. Prieto Curiel discovered that for Mexico City, half of the city is immune to suffering crime. This means they will go through their life without experiencing any crime at all.

"Now they don't know that they are immune, and that they will never suffer a crime. Nonetheless, they have some degree of fear. This is precisely the result of sharing ideas with others rather than it being a discriminatory process — it just means that fear is more the result of indirect victimization. What that means is that you don't actually suffer crime, but when you hear somebody suffered a crime, and if that person is similar to you or if it's in your neighborhood or you can identify with the victim, it means you get a bit more fearful. That being a bit more fearful means we get more and more fearful because of things that we hear, which is how we came to the conclusion that fear of crime is mostly a shared idea rather than the result of crime. Crime has low frequency, therefore there's a mismatch between crime rates and fear," Mr. Prieto Curiel told Sputnik.

Mr. Prieto Curiel hopes that this simple mathematical model will help with terrorism and people's perception of international immigration.

He hopes that people will start to understand the mismatch between reality and someone else opinion, whether that be from the media or the government.

000000
Popular comments
5% of 100,000 people is 5,000 people. Go tell them the rate is low.
jas
12 July 2017, 16:27 GMT1
000000
JOHN CHUCKMAN, I fullyaggree with you. In my environment people are full of all kinds of strange fears which are mostly result of the fear mongering msm reports day and night. If this people would dare to go outside they would notice that life isn't as dangerous as described in the press.
kooka
12 July 2017, 17:58 GMT1
000000
Newsfeed
0
New firstOld first
loader
LIVE
Заголовок открываемого материала
Access to the chat has been blocked for violating the rules . You will be able to participate again through:∞. If you do not agree with the blocking, please use the feedback form
The discussion is closed. You can participate in the discussion within 24 hours after the publication of the article.
To participate in the discussion
log in or register
loader
Chats
Заголовок открываемого материала
Worldwide
InternationalEnglishEnglishMundoEspañolSpanish
Europe
DeutschlandDeutschGermanFranceFrançaisFrenchΕλλάδαΕλληνικάGreekItaliaItalianoItalianČeská republikaČeštinaCzechPolskaPolskiPolishСрбиjаСрпскиSerbianLatvijaLatviešuLatvianLietuvaLietuviųLithuanianMoldovaMoldoveneascăMoldavianБеларусьБеларускiBelarusian
Transcaucasia
ԱրմենիաՀայերենArmenianАҧсныАҧсышәалаAbkhazХуссар ИрыстонИронауОssetianსაქართველოქართულიGeorgianAzərbaycanАzərbaycancaAzerbaijani
Middle East
Sputnik عربيArabicArabicTürkiyeTürkçeTurkishSputnik ایرانPersianPersianSputnik افغانستانDariDari
Central Asia
ҚазақстанҚазақ тіліKazakhКыргызстанКыргызчаKyrgyzOʻzbekistonЎзбекчаUzbekТоҷикистонТоҷикӣTajik
East & Southeast Asia
Việt NamTiếng ViệtVietnamese日本日本語Japanese中国中文Chinese
South America
BrasilPortuguêsPortuguese
NewsfeedBreaking
02:13 GMTQueen, Her Corgis Could Be Attacked By Wolves & Bears if Royal Estates Rewilded, Tory Peer Says
00:59 GMTSmollett Becomes Aggressive During Trial When Cornered by Texts With Alleged Attacker - Report
00:45 GMTOmarova Backs Out of Biden Comptroller Nomination After GOP Attacks Claiming She’s a Communist
00:38 GMTPope Francis Compares EU’s Offer to Remove ‘Christmas’ For Inclusiveness With Fascist Rule
00:09 GMTWatch: South Korea Unveils Model for Hypersonic Weapon Prototype Days After US Blasted China’s Tests
YesterdayPutin-Biden Call: Key Points Discussed by US, Russian Presidents During Video Meeting
YesterdayWall Street Rallies Second Day in Row as Omicron Fears Fade, Tech Stocks up 3%
YesterdayUS Certifies Black Hawk Helicopter Model for Civilian Use
YesterdayPentagon Confirms Presence of US Forces in Ukraine, Declines to Disclose Number
YesterdayAmericans, Russians Dislike Each Other's Leadership - Polls
YesterdayUS House Capitol Assault Panel Threatens to Hold Ex-Trump Chief-of-Staff in Contempt
YesterdayCome to Daddy: Court Rules Australian Man Has Right to Over $50Bln in Bitcoin Stash
YesterdayCarjackers Make Use of Apple's Tracking Gadget, Police Say
YesterdayNever-Trumpers Hire Beltway Lobby Firm in Bid to Limit Presidential Powers
YesterdayTexas AG Paxton Claims Slew of WH Lawsuits Aimed to 'Control' State & Turn it 'Blue'
YesterdayAlleged Epstein Victim Says Maxwell Groped Her at Palm Beach Mansion When She Was 14 – Report
YesterdayUS Sen. Menendez Preparing ‘Mother of All Sanctions’ on Russia in Case of Ukraine Invasion
YesterdayMajority Back Tory MP’s Call for Return of Death Penalty for Child-Killers
YesterdayJen Psaki Holds Press Briefing After Putin-Biden Call
YesterdayUS Senate Foreign Relations Committee Holds 'Update on US-Russia Policy' Hearing